Stress May Actually Trigger Gray Hair in Your Dog 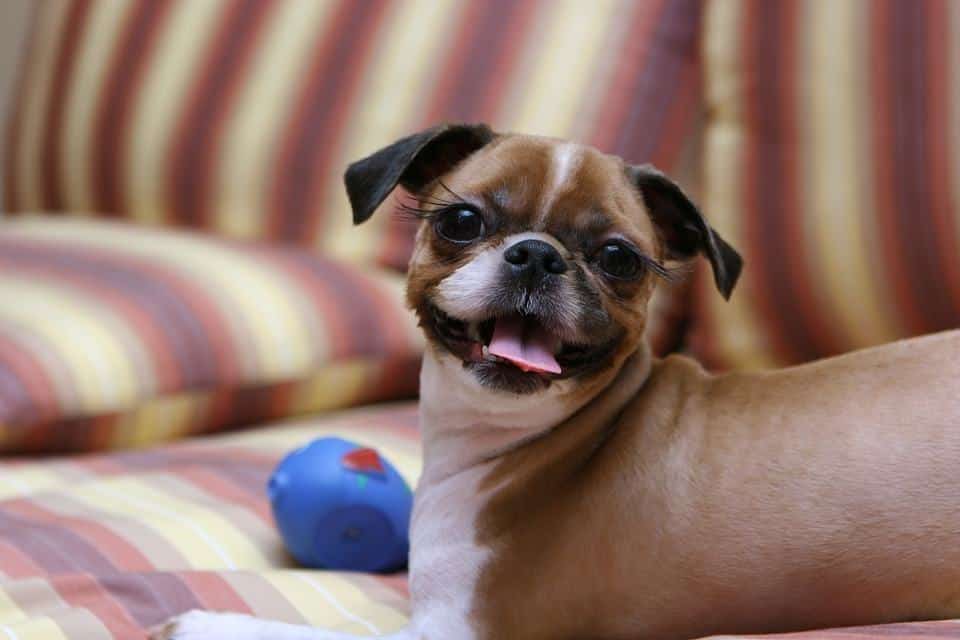 It’s no secret that chronic stress and anxiety can increase the odds that a person will develop gray hair. Now, new research has found that phenomenon extends to dogs as well.

The study, which was published in the journal Applied Animal Behavior Science, found that young dogs whose owners said the pets were anxious and impulsive were more likely to develop gray muzzles prematurely when compared to dogs that were not rated as anxious or impulsive.

For the study, researchers took a sample of 400 dogs, ages 1 to 4, photographed them, rated their muzzles on a scale of “no gray” to “full gray,” and had their owners fill out a questionnaire about the dogs’ behaviors and characteristics. The researchers included questions that indicated dog anxiety, such as whether the dog destroyed things when left alone or lost hair when examined by a vet, as well as impulsivity, such as whether a dog jumped on people, was hyperactive after exercise, or had an inability to be calm.

Study co-author Thomas J. Smith, Ph.D., of Northern Illinois University, tells Yahoo Beauty that he was skeptical of the study at first, but calls the results “quite striking.”

Carol Osborne, DVM, an integrative veterinarian at Chagrin Falls Pet Clinic, tells Yahoo Beauty that she sees this in her clinic all the time. “Dogs turn gray because of aging, stress, and anxiety, just like people do,” she says. Anxiety creates hormonal changes in the body, including the release of the stress hormone cortisol, which causes the release of many other hormones in the body that accelerate the aging process, she explains, noting that this is true for both dogs and humans.

But Carlo Siracusa, DVM, MS, PhD, Dip. ACVB, Dip. ECAWBM, clinical assistant professor of animal behavior and the director of animal behavior service at the University of Pennsylvania School of Veterinary Medicine, tells Yahoo Beauty that people shouldn’t assume that a dog is anxious or impulsive if they’re prematurely gray.  “It is one of the many factors that have to be considered when assessing the temperament and current welfare of an animal,” he says.

While you’re probably not overly concerned with your dog having a prematurely gray muzzle, it can be a sign that your dog is stressed or anxious. To help, Osborne recommends getting your dog a playmate, taking it for frequent walks, or enrolling your dog in an agility club where it can work off excess energy and anxiety. If you find that your dog tends to get stressed or anxious during thunderstorms, she recommends getting a “thunderstorm shirt,” a specially designed shirt for dogs with this common anxiety that makes them feel as if they’re being hugged.

It’s also a good idea to try to understand if there is an ongoing stress in your dog’s life or if maybe your dog had a stressful past (like living in a pet shelter for several months before you adopted him), Siracusa says. He also recommends figuring out if the environment that your dog is in is causing chronic stress, or if your dog is just predisposed to stress. Then, try to make the right adjustments to work with your dog.

If you have a stressed or anxious dog, Osborne says there are several remedies worth looking into, including the use of essential oils like chamomile and blue spruce, but it’s ultimately a good idea to check in with your vet, who may be able to make specific recommendations based on your dog’s individual needs.