How to Care for Your Pet After Surgery 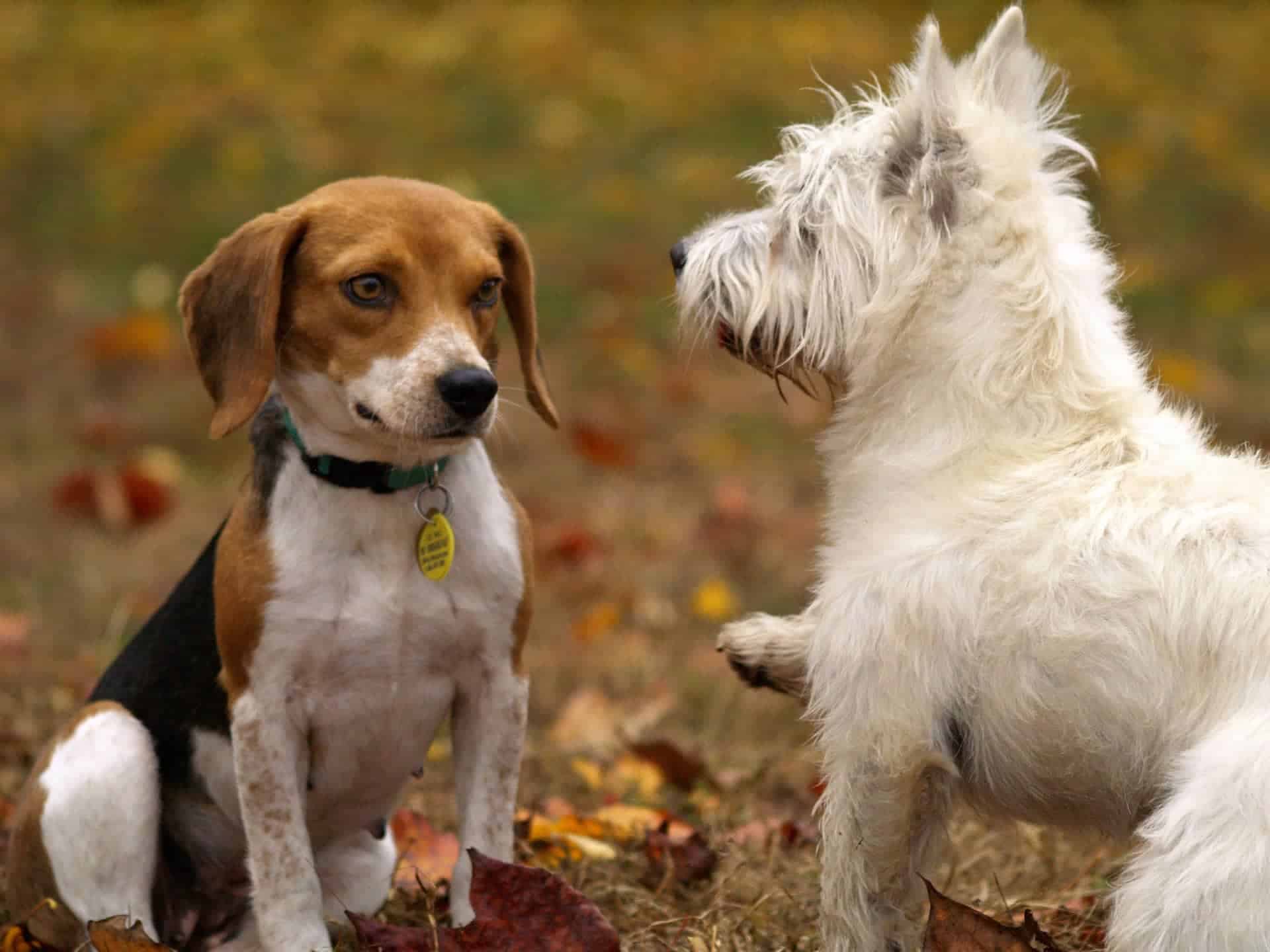 When it comes to post-operative care for pets, there’s no such thing as “standard procedure.” That’s because each cat and dog surgery and each pet is different.

“Post-op specifics will vary depending on your pet’s age and condition, as well as the exact type of surgery involved,” says Dr. Carol Osborne, DVM, an integrative veterinarian and the country’s first veterinarian to be awarded a Diplomate Certification from the American Board of Anti-Aging Medicine.

In general, Osborne says, it’s common for most pets to be sleepy and a bit lethargic for the first 12-24 hours after surgery—which is why it’s important to let them rest and recover.

If you’re not sure what to expect—or even if you think you are—talking to your veterinarian can help you to figure out the right course of action.

“Many well-meaning pet owners pick up their pets after surgery and then panic because they’re not sure what to do or what to expect,” Osborne says. “It’s a good idea to ask for a written list of specific details regarding your pet’s post-op care.”

Confining Your Pet After Surgery Will Speed Up Healing

Even the smallest of surgeries are invasive, so it’s important that pets have time to heal and rest once they get home. In most cases, that means restricting how much activity they engage in.

“Confinement after surgery allows the tissue that was cut to heal back together,” says Dr. Chelsea Sykes, DVM, a veterinary surgeon at the new SPCA Tampa Bay Veterinary Center.

If a dog moves too much following surgery, there’s a risk of the tissues not bonding properly, which can lead to wounds that don’t heal or heal too slowly, says Sykes. “The more motion of the tissues, the harder it is for them to create the bonds to heal the cut sections back together.”

And if this happens, there is also a higher risk for complications like infections, added Sykes.

The type of activity restriction a dog will need post-op is dependent on the type of surgery and the patient, says Sykes. “Smaller incisions—often seen with neuters, small mass removals, and some spays—often only require three to seven days of restricted activity, and these patients can often be confined to a small room or pen,” explained Sykes. The exception is with very energetic pets, which may need to be confined to a pen, even after small surgeries, to prevent complications.

According to Sykes, long incisions, incisions in spots that are naturally rubbed on (such as in the arm pit), or incisions in sites that are under a lot of tension (e.g., the forearm or ankle) are trickier.

“These might require longer (one to two weeks) and stricter activity restrictions to allow proper healing and prevent disturbance of the surgery sites,” explains Sykes. Major surgeries like bone surgery may require keeping your pet confined for three to six weeks or even longer.

To make confinement as comfortable as possible, Sykes recommends adding bedding or blankets and making sure the enclosure is big enough to allow your pet to stand up and turn around in a full circle—unless your veterinarian tells you otherwise.

“If you are using a small room or pen, part of [the space] can be kept without as much bedding to allow for a cooler area for the patient to move to if they get too hot,” Sykes says. Remember too that a pet recovering from surgery needs more attention from you, not less, even if he is confined to a crate or pen. Spending lots of time with your pet—snuggling, talking, etc.—can go a long way toward keeping him calm and speeding his recovery.

The most commonly prescribed medications after surgery are antibiotics to prevent infection and pain medication to relieve post-op discomfort, says Osborne.

But not all surgeries require post-op antibiotics, says Sykes. Veterinarians often skip antibiotics for short, simple procedures, as these have little risk of infection. However, pain meds should always be prescribed, and especially high energy dogs may need sedatives to help them rest after surgery.

“Some very hyper patients will be sent home with sedatives or anti-anxiety medication to help keep them calmer while they heal,” Sykes says.

When it comes to home remedies, however, Osborne says it’s important to always talk to your veterinarian before using them.

“There are many home remedies available online and elsewhere, and although most are drug free, it’s always a good idea to check with your vet first just to be sure they won’t adversely affect your pet’s recovery in any way,” Osborne adds.

For some surgeries such as bone surgeries and large mass removals, Sykes says warm and/or cold compresses might help. “Make sure to ask your veterinarian what they would recommend as to if [compresses] would help, how often, and how long the compresses should be kept on the sites,” Sykes explains.

Osborne adds that a number of over-the-counter remedies might be helpful as well, as long as your vet feels they’re acceptable in your pet’s situation.

“For example, Arnica montana is an over-the-counter homeopathic remedy that safely offers relief for pain, swelling, and inflammation,” Osborne says. “And essential oils are wonderful to help relieve anxiety and promote a stress free recovery; they can be diffused in your pet’s room and/or applied topically.” Make sure you talk to your veterinarian first before using any essential oil, however, since some are toxic, especially if used incorrectly.

Watching the Incision Heal and Watching for Infection

When it comes to the surgical incision itself, the best course of action is to leave it alone.

Pet owners are usually not required to clean an incision, but Sykes says it’s important to keep an eye on it to make sure it’s healing properly.

“Covering an incision when the patient goes outside will help keep it clean, but avoid keeping a bandage on at all times, unless directed to by your veterinarian,” says Sykes. “While bandaging can be helpful in some situations, it can potentially slow down healing if used inappropriately and can cause other sores or lesions.”

If you notice the incision getting dirty or crusty, Sykes says you can clean it gently by wiping or patting the area with a towel and warm water. While a dilute iodine rinse can also be used to clean the incision site, Sykes warns pet owners to stay away from alcohol and peroxide, which can cause pain and delay healing.

“Alcohol can sting and has a strong odor, which most animals will try to groom off,” Sykes explains. “Peroxide stings as well, but it also kills the first layer of cells in the incision. Since those are the cells trying to form healing bonds, we want them to stay alive and healthy.”

An incision that is infected might ooze pus, become very swollen and red, and/or feel hard to the touch, according to Osborne. Incisions that feel hot, are painful when touched, or have visible gaps between the wound edges are also cause for concern.

“Some surgeries will have more bruising, draining, or swelling than others, and most veterinarians will tell you to watch for it when you take your pet home,” Sykes says. “However, the best rule of thumb is if you had an incision on your own body that looked like that and you were worried, then you should be worried if it is your pet.”

What Can Go Wrong After Cat or Dog Surgery?

It doesn’t take much for things to go wrong after a surgery if you aren’t following your vet’s recommendations.

“Pets should not lick, bite, or scratch their incision,” Osborne says. “If your little one becomes preoccupied with the area, intervene ASAP. Get your pet an E-collar, a cone, or whatever is needed to prevent damage to the site.”

“Basically pets can chew and lick their incisions until the sutures fall out and the incision site becomes infected,” says Osborne. “In these cases, the procedure often needs to be repeated—the anesthesia as well as the surgery.”

Sykes gives the example of a high-energy female dog that had been spayed a week prior. What should have been routine surgery turned into a major problem because the owner did not keep the dog confined or prevent her from licking at her incision.

“She presented to us with a ruptured incision line and herniated intestines, meaning she had broken down the sutures of her skin and abdomen so her intestines were essentially falling out of her belly,” Sykes explains. “That complication required emergency surgery to put her intestines back where they belonged and two to four weeks of antibiotics to prevent infection inside her belly.”

It’s important to keep in mind that vets refer to post-op care as “supportive” care. “Supportive care means that we provide pets with a stress free environment that is small, safe and secure, and promotes healing,” Osborne says.

The takeaway: Let your pet rest, follow your vet’s advice, be vigilant about monitoring for complications, and allow time for healing.