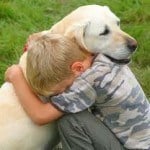 Jerky Treats Keep Killing Dogs. Pet owners have started taking matters into their own hands with respect to tainted chicken jerky treats. Over 2200 pets, primarily dogs have been sickened, 360 canines and one cat have died after eating chicken jerky treats made in China. Despite thousands of reports sent to the FDA by upset pet owners, no recall or regulatory action of any kind has been taken to remove the tainted jerky treats from big ticket retailer shelves.

The result…individual pet owners have gathered over 60,000 signatures trying to get retailers to voluntarily pull the treats from their shelves. After consuming these treats many pets, primarily dogs ended up suffering from kidney failure and Fanconi Syndrome. Other helpless pets have died. Concerned pet parents are making flyers, magnets and even business cards trying to “Stop the Cycle of Death”  which they actively pass out by hand and post on bulletin boards and cars to spread the word attempting to get stores to voluntarily pull the tainted treats.

Officials from Nestles Purina Pet Care, that sells the popular Waggin Train and Canyon Creek brands of jerky treats repeatedly say, despite internal testing and continued investigation no toxin or ingredient has been identified in the treats to validate the complaints. They, therefore see no reason to halt production in China or stop sales in the United States.

Big retail chains including Wal-Mart, Costco, Pet Smart, Sam’s Club, Walgreens, Kroger, Safeway and Target are aware of the problem yet refuse to remove the treats from their shelves.

Lawsuits filed by outraged pet owners against manufacturers and retailers are currently ongoing from Connecticut to California. Manufacturers and even the FDA refuse to issue a recall. The American Veterinary Medical Association issued an alert but that was the extent of their involvement. 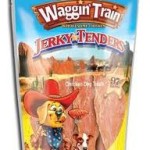 In the meantime, the jerky treats continue to be sold and well-meaning pet owners continue to purchase and feed them to their pets. Stories of pets suffering from kidney failure and Fanconi Syndrome; many of which end fatally also continue to make headlines.

As a concerned practicing veterinarian, since this issue involves chicken, sweet potato and duck jerky treats it would make sense to simply stop buying the tainted jerky treats and consider making homemade pet treats or offer fresh vegetables instead. They are safe and cost effective as well as low calorie and healthy.