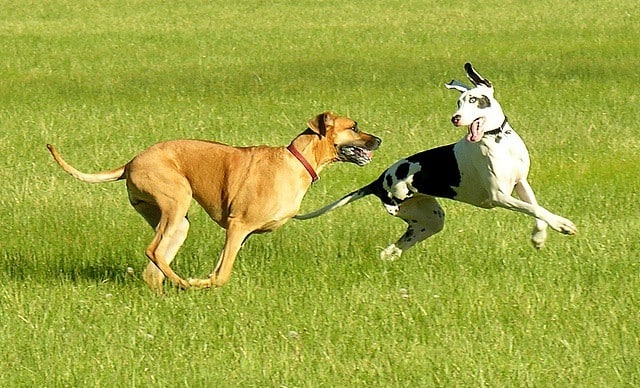 FDA Update. The center for Disease Control (CDC), on May 16, 2008 reported a multistate outbreak of infection with a contagoius bacteria called Salmonella that was associated with dry dog food. At that time, 70 cases had been reported from 19 states, with the last case identified on October 1, 2007. After that, another case was identified December 29, 2007. Investigators have suggested the source of the outbreak was dry pet food produced by Mars Petcare US. In 2008, eight more cases were reported, bringing the total number of cases in the outbreak to 79.

On September 12, 2008, Mars announced a nationwide voluntary recall of all dry dog and cat food products produced during a 5-month period at one Pennsylvania plant. Dry pet food has a 1-year shelf life. Contaminated products identified in recalls may still be in the homes of purchasers and retail shelves and could cause illness. People who have these products should not feed it to their pets but should discard them or return them to the store.

During 2006–2007, CDC, the Food and Drug Administration (FDA), and multiple state health departments investigated reports of people infected with a strain of Salmonella,70 cases, mostly in children. As a result on August 21, 2007, Mars Petcare US announced voluntary recalls of selected sized bags of two brands of dry dog food, both manufactured by the company at its plant in Everson, Pennsylvania. The Everson, Pennsylvania, facility stopped operations during July–November 2007 to enable cleaning, disinfection, and renovation, and resumed normal operations in mid-November 2007.

Despite the 2007 recall, the outbreak strain of Salmonella was found in eight more people, bringing the total number of cases to 79 in 21 states. The sickened people were residents of Pennsylvania (three), Georgia (two), New York (two), and Texas (one).

Among the eight ill people, five were female. Among the seven people whose age was available, the average age were babies 8 months old; six were children under 2 years old. All five had seen their doctor, two had bloody diarrhea and one had been hospitalized. No deaths were reported. Of six households with pet ownership known, all six had pets, either dogs or cats or both, but no pets were reported to be sick. Pets in three households were being fed a brand of dry pet food known to be produced at the Everson plant.

After additional outbreak-linked illnesses were identified in 2008, the FDA conducted another investigation. In August 2008, FDA found the outbreak strain of Salmonella in multiple brands of finished pet food at the plant, prompting another recall by Mars Petcare US. On September 12, the company announced a nationwide voluntary recall of all dry dog and cat food products produced at the Everson plant from February 18 to July 29, 2008.On October 1, Mars announced that the Everson plant would be closed permanently. The FDA investigation is continuing.

This outbreak of human Salmonella has continued over a 3-year period, likely because of continued Salmonella contamination in the Everson, Pennsylvania, pet food production facility.

This outbreak is the first documented outbreak to associate human Salmonella infections with contaminated dry dog food and to trace human illness to a contaminated pet food plant. The original source of contamination and mechanisms for continued contamination in the Everson plant over a 3-year period are unknown. The lack of cases during January–March 2008 suggests that cleaning and disinfection of the plant might have had some effect. The FDA is working with Mars Petcare US to better understand this problem.

Although the last reported case in this outbreak was tested on September 18, 2008, additional cases may occur. The September 2008 recall involved approximately 23,109 tons of dry pet foods, representing 105 brands. However, dry pet food has a 1-year shelf life, and contaminated product is likely to still be in the homes of purchasers and could cause illness.

State and local health departments that identify ill people should ask about pet-related exposures, including brands of dry pet food used in the home. When possible, pet stool specimens and samples of dry pet food should be collected and submitted for laboratory testing.

Consumers and health departments should be aware that all dry pet food and pet treats may be contaminated with Salmonella, and consumers should use precautions with dry pet food and treats. In contrast, canned pet food is unlikely to be contaminated because the manufacturing process usually eliminates bacterial contamination. To prevent Salmonella infections, people should wash their hands for at least 20 seconds with warm water and soap immediately after handling dry pet foods and pet treats and especially before preparing and eating food for humans. Infants should be kept away from pet feeding areas. Children less than 5 years old should not be allowed to touch or eat dry pet food or pet treats.

In addition to transmitting Salmonella from contact with dry pet food, people can get Salmonella infection from touching feces of pets that acquired Salmonella infection from contaminated dry pet food or treats. Washing your hands well after handling pets and their stool will help to prevent such infections. People who suspect that contact with dry pet food or pets has caused them to be sick should contact their physician. Additional information on the transmission of Salmonella from pets to humans is available at http://www.cdc.gov/healthypets/diseases/salmonellosis.htm.