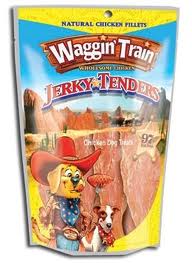 Dear Dr. Carol,
I am sending this to you after losing two of my dogs within the last two months. My first dog, Dakota, was a bischon poo mix and was 9 1/2 years old. Within a 4 week time frame he had lost 5 lbs. He began to have excessive thirst and drinking of water, diarrhea and vomiting. On December 5th, 2011, I took him to my vet, who admitted him and kept him for testing. He diagnosed him with diabetes and was trying to lower his glucose levels which had reached 500. He started him on insulin but he could not keep anything down. The Dr. placed him on an IV on Tuesday and checked throughout the day.

On Wednesday, December 7th, 2011, the vet stayed after with him because he was not doing well, and by 11:15 to 11:30 pm he passed away. His kidneys had shut down. Dakota had never had any health issues associated with diabetes or his kidneys prior to this. My vet was at a total loss as to why he had gone down so quickly with no prior episodes. He had even stated that he had had other dogs come in that were far worse off than Dakota and had made it through it and lived.

My second dog, Kaylee, was a teacup poodle and was 4 years old. On February 6th, 2012, she started to experience the same symptoms that Dakota had experienced. She started at 5 am on the 6th with diarrhea and vomitting. She started drinking excessive amounts of water to make herself throw up. She had no appetite at all. She slept through the night . By 8:45 am,on the 7th, she had labored breathing, and died with me on my bed.

All of my dogs are very well taking care of and have always been updated with vaccinations and check-ups. They had not been ill prior to this. I am extremely concerned due to the fact I have given all my dogs Wagon Train Chicken Wraps. I have had two dogs die and I have three remaining that I am very worried about. All of them have had diarrhea.

I want other people to be aware of the dangers that these treats are causing to many animals. These treats and products need to be pulled from shelves. There is no reason that after all of the complaints since 2007, that more has not been done. My dogs are my family, and this is heartbreaking. I will be taking my other three dogs to be checked.

Although these treats have not been proven to play a role in the death of the dogs, one can’t help but notice the similarity of another pet food alert regarding chicken and Fanconi-like symptoms. Losing a pet is never easy. This family has suffered a double loss in a short amount of time and is now fearful for the lives and well-beings of their surviving pets. On the side of caution, Dr Carol recommends that if you have given your pet wagon train treats or jerky made with chicken, be mindful of the similar symptoms that mimic Fanconi Syndrome other pets in dire need of help have experienced:

If you believe your pet has ingested potentially dangerous foods or treats, and he or she is displaying symptoms listed above, please seek the advice of your local veterinarian as soon as possible.