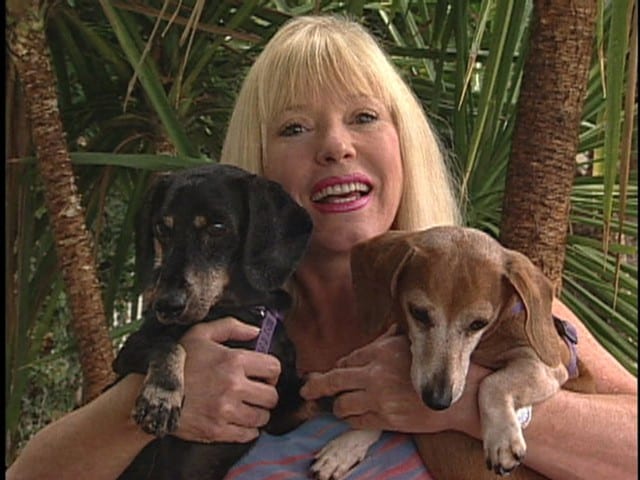 The state of California doesn’t tax cosmetic surgery but now they want to tax veterinary services? All across the country animal shelters and humane societies are reporting increases in pet relinquishments this year as high as 30%. Families losing their homes in the credit crisis or losing their jobs are dropping off their Fluffies and Fidos, adding moral and emotional insult to economic injury. Governor Arnold Schwarzenegger has found a way to make matters even worse. His November budget proposal included a plan to add a sales tax to veterinary services as part of the solution to the state’s multibillion-dollar budget shortfall. In other words, because state leaders failed in their basic responsibility to keep government functioning, pet owners may have to foot the bill, and pets themselves may pay the ultimate price.

Before anyone thinks pet owners are not a constituency to reckon with, consider this: California has the highest number of households of any state — 7.3 million households, or 57% — that own a pet, including an estimated 7 million dogs and nearly 9 million cats, according to the latest statistics from the American Veterinary Medical Assn. In 2006, Californians spent about $2.7 billion on veterinary services such as routine exams, vaccinations, prescription medications, surgery and emergency care.

This does not even include expenditures on veterinary services for the millions of animals that enter California animal shelters each year, the tens of millions of animals raised for food each year on California farms or the thousands of wild animals aided by local and state agencies every year. For example, the Los Angeles Department of Animal Services writes checks to area veterinarians totaling $2.4 million annually for spay/neuter and medical services. With a sales tax possibly increasing to 10.25% in Los Angeles County, the governor’s tax idea would thus take nearly a quarter of a million dollars from these critical local programs that help care for abandoned animals and prevent unwanted births.

Under Schwarzenegger’s proposal, these medical expenses now would be lumped into a proposed category of taxable services such as “appliance and furniture repair, vehicle repair.” Does the governor really think repairing dishwashers and Dodges is the same as “repairing” dogs? The state doesn’t tax cosmetic surgeries, so why should we tax an essential medical cost for animals? We can’t skimp on veterinary care without jeopardizing the health and safety of our pets and other animals in our collective care. We all know these are difficult times and that lawmakers are under the gun to close an $11-billion gap for this fiscal year alone. And those of us who can, should be prepared to pitch in. But under the governor’s plan, many who are already making tough economic choices would be forced to add as much as 10.25% to the cost of veterinary care.

This new financial burden would not only result in less medical care for animals, it would almost certainly result in more dogs and cats being abandoned or relinquished to animal shelters. It is bad policy that would add to the taxpayers’ burden through higher animal-control and sheltering costs increase the cost of caring for animals raised for food and are a step backward in the otherwise progressive trajectory toward our treatment of animals.

During a previous budget crisis, Schwarzenegger was dubbed the “pet terminator” for proposing to cut state-mandated funding for animal shelters. After an outcry from animal lovers across the state, he quickly scuttled the idea, crediting one of his daughters with pointing out the error of his ways. Let’s hope the Schwarzenegger children are paying attention now. Animals in the state of California are counting on their wise and compassionate counsel once again. Yeah, don’t tax cosmetic surgery, but add tax veterinary services because pets are a “luxury.” If you feel this will only result in more unwanted pets, and less care for animals; here’s what you can do to oppose this Veterinary Tax Proposal: Please take 15 seconds to stop this NOW. You can call the Governor’s automated line any time, follow prompts to note your opposition, and it will take less than 15 seconds… You don’t even have to talk to anyone!

Then hang up and pass this message along!