Source of Resistant Staph Bacteria Found in Pigs and Farmers 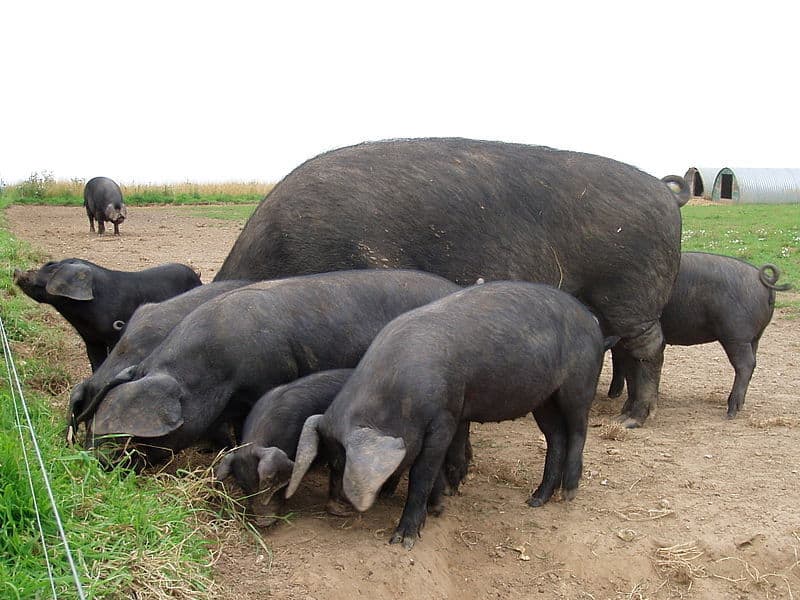 Resistant Staph Bacteria. A new study published in Veterinary Microbiology found methicillin-resistant Staphylococcus aureus (MRSA) prevalent in Canadian pig farms and pig farmers, pointing to animal agriculture as a source of the deadly bacteria. The Veterinary Microbiology study (Khanna et al. 2007) is the first to show that North American pig farms and farmers commonly carry MRSA. The study looked for MRSA in 285 pigs in 20 Ontario farms. It found MRSA at 45% of farms (9/20) and in nearly one in four pigs (71/285). One in five pig farmers studied (5/25) also were found to carry MRSA, a much higher rate than in the general North American population. The strains of MRSA bacteria found in Ontario pigs and pig farmers included a strain common to human MRSA infections in Canada.

An estimated nine million Canadian hogs will be imported into the United States this year. A study published last month in the Journal of the American Medical Association (JAMA) (Klevens et al. 2007) estimated almost 100,000 MRSA infections in 2005, and nearly 19,000 deaths in the United States. In comparison, HIV/AIDS killed 17,000 people that year.

Until recently, conventional wisdom had MRSA pegged as an opportunistic infection occurring mainly in hospitals. The JAMA study found that even healthy people are developing MRSA infections. The Veterinary Microbiology study points to pig farms as a possible source of these resistant infections, as have earlier European studies. Members of the Keep Antibiotics Working coalition (KAW), including medical, agriculture, and environmental experts, are calling for Congress to compel the U.S. Food and Drug Administration (FDA) to study whether the use of human antibiotics in animal agriculture is contributing to the reported surge in MRSA infections and deaths in the United States.

“Identifying and controlling community sources of MRSA is a public health priority of the first order,” said Richard Wood, Executive Director of Food Animal Concerns Trust and Steering Committee Chair of Keep Antibiotics Working. “Are livestock farmers and farms in the United States also sources? We don’t know for sure, because the U.S. government is not systematically testing U.S. livestock for MRSA.”

“Last summer, when we raised the MRSA issue, the FDA told us that it had no plans to sample U.S. livestock to see if they carry MRSA,” said David Wallinga, MD, Director of the Institute for Agriculture and Trade Policy’s Food and Health Program. “Given the latest science that hog farms may generate MRSA, we need Congress to give FDA and other relevant agencies the necessary funding and a sense of urgency. Sampling needs to be done as soon as possible.”

U.S. veterinarians are documented as carriers of MRSA. A 2005 survey of attendees at an international veterinary convention in Baltimore, MD, who were tested for MRSA found that of the 27 who tested positive, 23 were from the United States. In Europe, MRSA has been shown to be transmitted from pigs to farmers, their families, veterinarians, and hospital staff treating farm-infected patients. The same pig strain that was detected in Canada has been associated in Europe with serious human illness including skin, wound, breast, and heart infections, as well as pneumonia.

The heavy use of antibiotics in industrialized livestock operations can select for resistant bacteria, such as MRSA. A study in Europe documented that pig farms routinely using antibiotics were more likely to have MRSA than farms with limited antibiotics use.