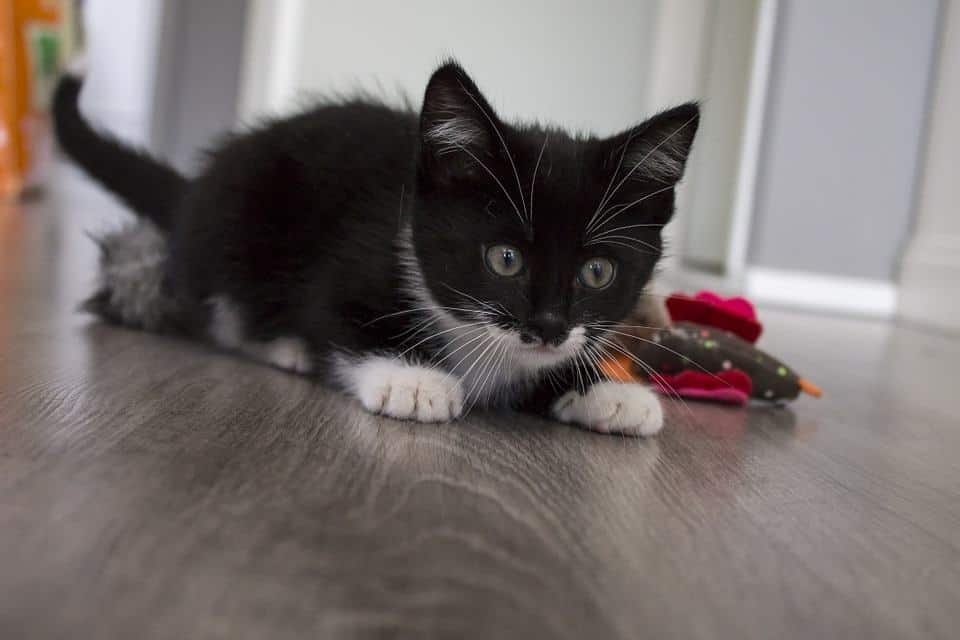 Cat DNA Sequence. The DNA of a 4-year-old Abyssinian cat named Cinnamon, whose well-documented lineage can be traced back several generations to Sweden, has been sequenced. Cinnamon is one of several mammals that are currently being analyzed using “light” (two-fold) genome sequence coverage. To make sense of Cinnamon’s raw sequence data, a multi-center collaboration of scientists leveraged information from previously sequenced mammalian genomes as well as previous gene-mapping studies in the cat. In doing so, they found that Cinnamon’s sequences spanned about 65% of the euchromatic (gene-containing) regions of the feline genome.

The similarity between the cat genome and six recently completed mammalian genomes (human, chimpanzee, mouse, rat, dog, and cow) allowed the scientists to identify 20,285 putative genes in the cat genome. The comparison also revealed hundreds of chromosomal rearrangements that have occurred among the different lineages of mammals since they diverged from a diminutive ancestor that roamed the earth among the dinosaurs some 100 million years ago.

The genome sequence analysis is certainly expected to lead to health benefits for domestic cats, 90 million of which are owned by Americans alone, according to The Humane Society. But the domestic cat also serves as an excellent model for human disease, which is one reason why the National Human Genome Research Institute (NHGRI) initially authorized the cat genome sequencing project three years ago.

Domestic cats possess over 250 naturally occurring hereditary disorders, many of which are similar to genetic pathologies in humans. For example, Cinnamon’s pedigree carries a genetic mutation that causes retinitis pigmentosa, a degenerative eye disease that can lead to blindness. In humans, retinitis pigmentosa affects 1 in 3,500 Americans. The domestic cat also serves as an excellent model for human infectious diseases, including HIV/AIDS. Feline immunodeficiency virus (FIV) is a genetic relative of human immunodeficiency virus (HIV), which causes AIDS.

Using the cat genome sequence data, the researchers identified several hundred thousand genomic variants (known as SNPs, DIPs, and STRs), which can be used to determine the genetic basis for common hereditary diseases. The scientists have already used these variants to identify the causative gene for Cinnamon’s retinitis pigmentosa (they published a paper describing this study in the May/June, 2007 issue of the Journal of Heredity). These variants will also be useful for parentage testing, forensic analysis, and studies of evolution, including the reconstruction of domestication processes, fancy breed development, and ecological adaptation among the great roaring cats.

The researchers also analyzed the feline genome for interesting features such as microRNAs, Numts (pronounced “new mights”-nuclear genomic fragments that migrated to cat chromosomes from mitochondria), and a vast sea of selfish DNA-like repetitive elements. The repetitive elements included scores of genomic stretches from historic retroviruses, some with known links to cancer.