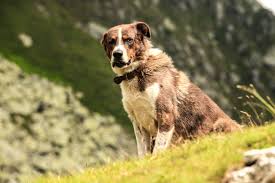 Animal Cruelty Laws. Many puppies are born in Oklahoma each year in substandard conditions, lacking veterinary care and proper nutrition. Oklahoma has no regulation of the dog breeding industry. Rep. Lee Denney veterinarian from Cushing, hopes to change that next year with legislation that would put in place local regulations and licensing requirements for dog breeders in Oklahoma. The state is the second-largest producer in the country of commercial pets, only behind Missouri.

The legislation, known as the Oklahoma Pet Quality Assurance and Protection Act, would put in place state-mandated regulations for Oklahoma dog breeders. Under the proposed bill, breeders who sell or give away 25 or more animals annually would have to be licensed through the state, likely through the Agriculture, Food and Forestry Department. Pet stores, animal dealers and rescue shelters also would have to be licensed if the bill becomes law. Kennel inspections would be a part of the licensing process and the bill sets up hefty fines for violations.

Though the legislation is still a work in progress, the draft would require all breeders in Oklahoma of 25 or more animals to get a license with the state at a minimum cost of $175 to a maximum of $625. Penalties for violating the minimum standards laid out in the law could be as high as $10,000 per offense. The legislation also would put in place a sort of puppy lemon law, where breeders would be held liable for costs associated with diagnosing and treating diseases animals acquired at the breeding premises. Only diseases of which the breeder should have had a reasonable knowledge would qualify, and the bill sets a one-year statute of limitations.

What are current rules?

Oklahoma does not regulate dog breeders. Wholesale breeders, or those selling to pet stores and other breeders, are regulated by the U.S. Department of Agriculture under federal guidelines laid out in the federal Animal Welfare Act. But countless breeders who sell directly to the public through the Internet or newspaper ads remain unwatched. Some breeders also can register with the American Kennel Club which also has its own regulations and inspections. Under current USDA regulations, breeders must give dogs adequate housing, food and veterinary care. But because the USDA regulates only wholesale breeders, many others are not licensed, allowing them to skirt rules.

Dr. Billy Clay, chairman of the Task Force for Pet Quality and Assurance in Oklahoma, said about 650 breeders in Oklahoma are registered and licensed through the USDA, but there are at least three times as many breeders who are not licensed at all. The issue is one of animal welfare, but also public safety, he said, noting there are at least 20 diseases that are transmittable from dogs to humans. Like most of those who attended an interim study meeting Tuesday to discuss the possible legislation, Steinberger said the bill is needed not to punish breeders who treat their animal’s right, but to weed out those who aren’t. More than 100 people attended the meeting.

Animal rescues, shelters and pet adoption agencies also would be regulated under the proposed legislation. While breeders say they want to see those mistreating animals punished and closed down, several said they worry any new regulations would unduly hurt their businesses. Animal cruelty laws are in place, and if enforced, would go a long way in putting puppy mills out of business, according to breeder Steve Wilson. “Increased regulation is not the answer,” he said.