Four Worms You Can Get From Your Dog 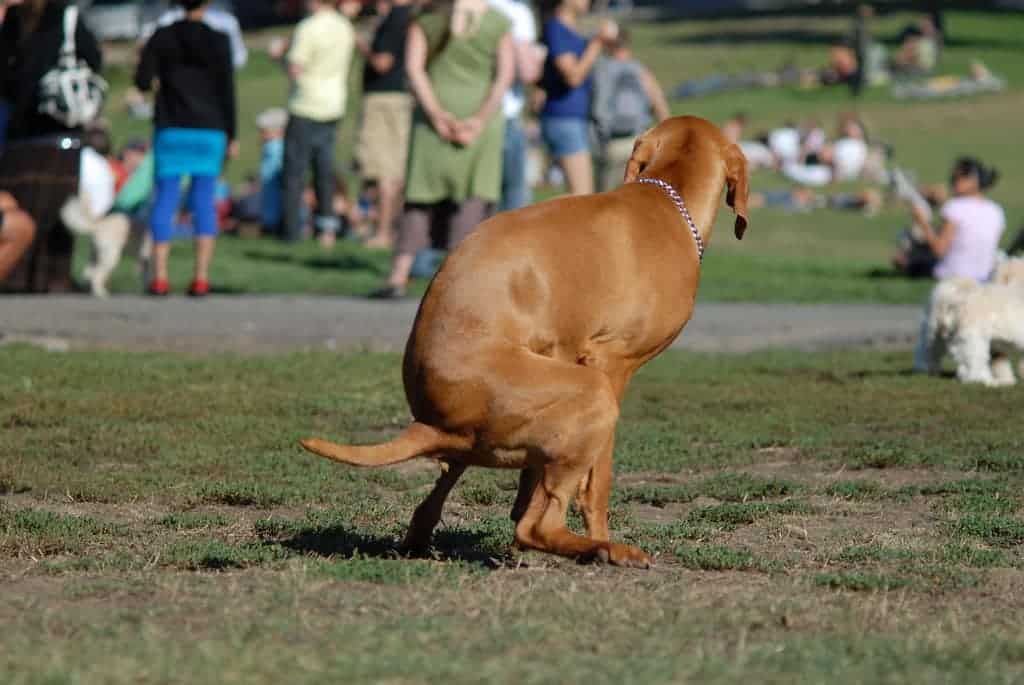 Worms are icky enough without having to worry about catching some from your dog. However, there are several worm infections you can catch from Fido—and it’s a lot easier than you think to get them.

Hookworms are one of the easiest, most common worms for dogs to get infected with. “Hookworm larvae migrate into a person’s bare feet often when walking on sandy beaches and/or on contaminated soil,” says integrative veterinarian Carol Osborne, DVM, from Chagrin Falls Pet Clinic. Even sitting or kneeling on the ground might be enough for the worm to penetrate the skin.

One of the reasons hookworm infections are often ignored is that the first and most common symptom is just an itchy rash on the area where the worm penetrated the skin. If left untreated, however, hookworms can cause fever, diarrhea, wheezing, and anemia. Severe infections can lead to heart failure.

Roundworms rarely cause symptoms in dogs. In fact, according to Osborne, “Symptoms of roundworms in dogs usually only appear when the infection is severe, with diarrhea being the most common sign. In severe cases, live roundworms, which look like spaghetti, are shed in the stool.”

Part of the reason roundworms cause so many problems in people (more than any other type of worm passed on from pets to humans) is that symptoms are rare so people might not seek medical help until the infection is severe. “Roundworms infect approximately 14% of the human population; often people in lower socio-economic areas,” says Osborne. “They usually infect individuals under age 20, especially kids with Pica, who might ingest dirt, sand and/or soil that is contaminated with microscopic eggs.”

Roundworm infection is serious because the larvae can migrate to the eyes and affect portions of the retina, causing inflammation and scarring that can lead to permanent blindness. “This condition is referred to as Ocular Larval Migrans and currently affects approximately 700 people each year,” according to Osborne.

Tapeworms are usually found in farm animals, and dogs contract them as they come in contact with them—and then humans get them as they accidentally consume water, food or soil contaminated with the stool of a sick dog. Tapeworm eggs can also stick to a dog’s fur and can be accidentally ingested if you pet the animal and then touch your nose or mouth.
Tapeworm can cause cysts in the liver and lungs, which in turn can lead to coughing blood, abdominal pain and life-threatening allergic reactions.

Ringworm is technically not a worm but a fungus—it’s still infectious and has “worm” in the name, so we included it here. However, ringworm is the most easily transmitted infection between animals and humans because it only requires superficial surface contact, such as petting an animal that has it. On a dog, ringworm causes circular bald spots, which can scar or become infected if not treated properly.

In humans, ringworm can cause burning, stinging, scaly patches, thickening of the skin, and potentially infections.

Protecting Your Dog (and Yourself) From Worms

Although not all dogs present symptoms of infection, watch out for signs that might indicate something isn’t right. “Generally, signs of worms in pets relate to pets that aren’t thriving,” says Osborne. “Signs may include a dull coat, lethargy, diarrhea, soft stool, anemia, and an overall lack of pep and vitality.”

To protect yourself and your furry companion, Osborne recommends having your veterinarian check your pets feces regularly one or two times a year and address them as needed. “To prevent and treat round and hook worms, de-wormers such as pyrantel pamoate are used by most vets,” says Osborne. “In fact, many of the monthly products available for heartworm prevention also contain wormers; for example Heartguard contains Ivermectin to address mosquitoes which can transmit heartworms and Pyrantel to eliminate intestinal worms.”

Always wash your hands after spending time outdoors, especially at places like dog parks, and never let your kids play in areas that are soiled with pet or other animal feces. “Always clean your pet’s living area at least weekly,” says Osborne. “Your pets stool should be either buried or bagged and disposed of in the trash.”