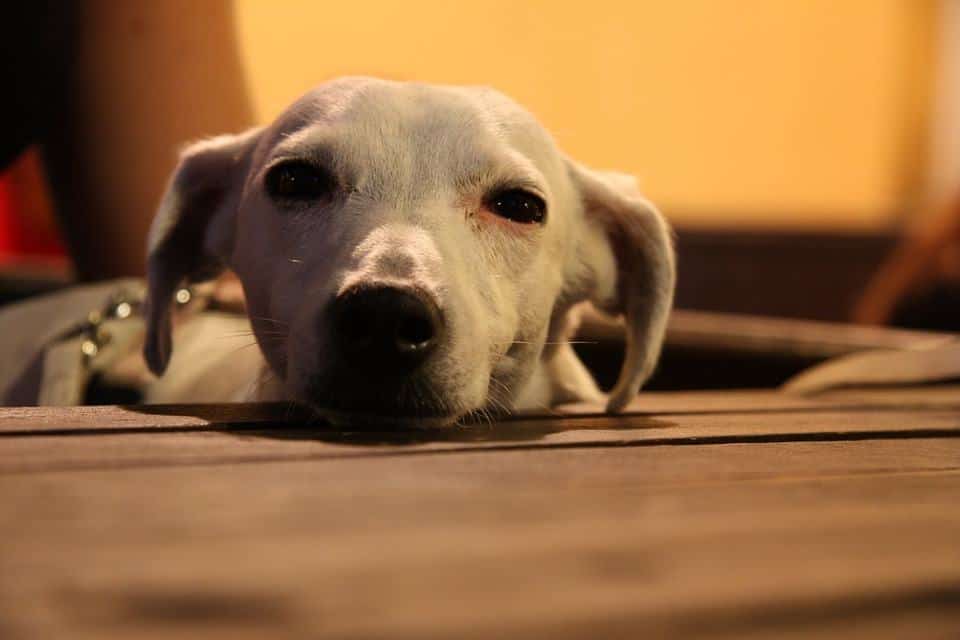 Dog Flu Virus. Chagrin Falls, Ohio-July 16, 2008 Avian flu is in the news, but did you know that dogs also have a new flu virus and it is spreading rapidly. It all began in January 2004 with a sudden outbreak of respiratory disease among 22 racing greyhounds at a Florida racetrack. Most of the dogs developed a mild fever followed by a cough that lasted about 14 days, and then recovered. But slightly more than one third of the dogs died after developing hemorrhaging in the lungs. Within six months, the virus turned up in other racing greyhounds at tracks in six other states- then at 20 tracks in 11 states, and now the new virus has affected pet dogs in over 20 states.

The canine flu virus actually mutated from a virus that has affected horses for over forty years. And since there has never been a case of the equine virus affecting humans, experts are fairly certain that the canine virus will not infect humans either. But with the recent news and hype about avian flu strains that may infect humans, the Center for Disease Control (CDC) is watching closely. CDC researcher, Dr. Reuben Donis stated in a recent press conference, “This is not to say there isn’t any risk. We are going to monitor all cases of human exposure, but at this point, there is no reason to panic.”

The new virus is easily transmitted between dogs in much the same way that flu spreads among humans, but not all dogs get sick and not all dogs that get sick will die. However, because this is a new virus, all dogs are considered susceptible to infection because they have no naturally acquired or vaccine induced immunity. Another problem is that the canine flu virus may initially be misdiagnosed as another respiratory disease in dogs known as “kennel cough” which could further cause the rapid spread of the disease.

Dr. Cinda Crawford of the University Of Florida College Of Veterinary Medicine and the author of a recent scientific paper about the flu says, “Canine influenza is really the new kid on the block for vets to consider in the differential diagnosis for kennel cough.” She further cautions veterinarians that while 80 percent of flu-stricken dogs will have a mild form of the disease, even dogs that are not overtly sick could be contagious.

Dog owners should take heed that if their dogs are coughing or sneezing, they should not “shrug it off” as just kennel cough, “a little cold” or even allergies. Canine influenza usually starts out with coughing or gagging that may last as long as three weeks. Infected dogs can develop a fever as high as 103-107 degrees. In the acute and severe form, a viral pneumonia develops that can cause bleeding in the lungs. That’s exactly how veterinarian Jennifer Parsley saw her first case of the disease.

“A puppy came in to me on emergency with coughing and sneezing and a fever of 105 degrees. He has been sick for several days and the owners had recently adopted him from the local shelter, so they just thought he had kennel cough and weren’t too worried. But when he suddenly got sicker, they didn’t wait any longer to get to their regular vet and brought him in to our emergency clinic. Unfortunately, despite all heroic efforts, the puppy died over night after hemorrhaging from his lungs.”

While highly contagious, some good news is that the virus is easily killed by disinfectants and 10 percent bleach solutions. Transmission can be prevented by isolating all suspected dogs, thorough cleaning of all cages and exposed surfaces such as floors, kennels food dishes and bedding. Animal caretakers should be diligent about wearing disposable gloves or washing hands in between handling dogs and any urine, stool, or saliva, and before entering or leaving any facility that houses dogs.

Despite her concerns, Dr. Parsley continues brings her four dogs with her to work every night. While cautious about canine influenza, she believes that very stringent protocols at the emergency clinic where she works are in place. “Suspected pets are isolated immediately. Our employees who work in isolation wear barrier gowns and they bring extra clothes and change before they go home at the end of their shift. And we don’t allow dogs to kiss r lick our faces. I’m telling pet owners to be wary right now of taking their dogs to play parks, doggy day care facilities, boarding kennels, and groomers. There’s no vaccine yet and owners must ask if there have been any cases of respiratory disease at these places.”

While veterinarians do want dog owners to be aware and cautious of the new flu, they do not want people to panic. They warn owners to take their dog to their veterinarian at the first sign of any respiratory illness or problem. Dogs that are most at risk are young, old, have an immune problem, or are undergoing chemotherapy. There is no rapid test for diagnosing acute canine flu virus infection, but research is underway. Currently, diagnosis is confirmed through blood testing during several phases of the illness, and tissues from infected dogs that have died can be submitted for analysis.

Dog owners should contact their veterinarians for more information and to stay current on news about this emerging disease.