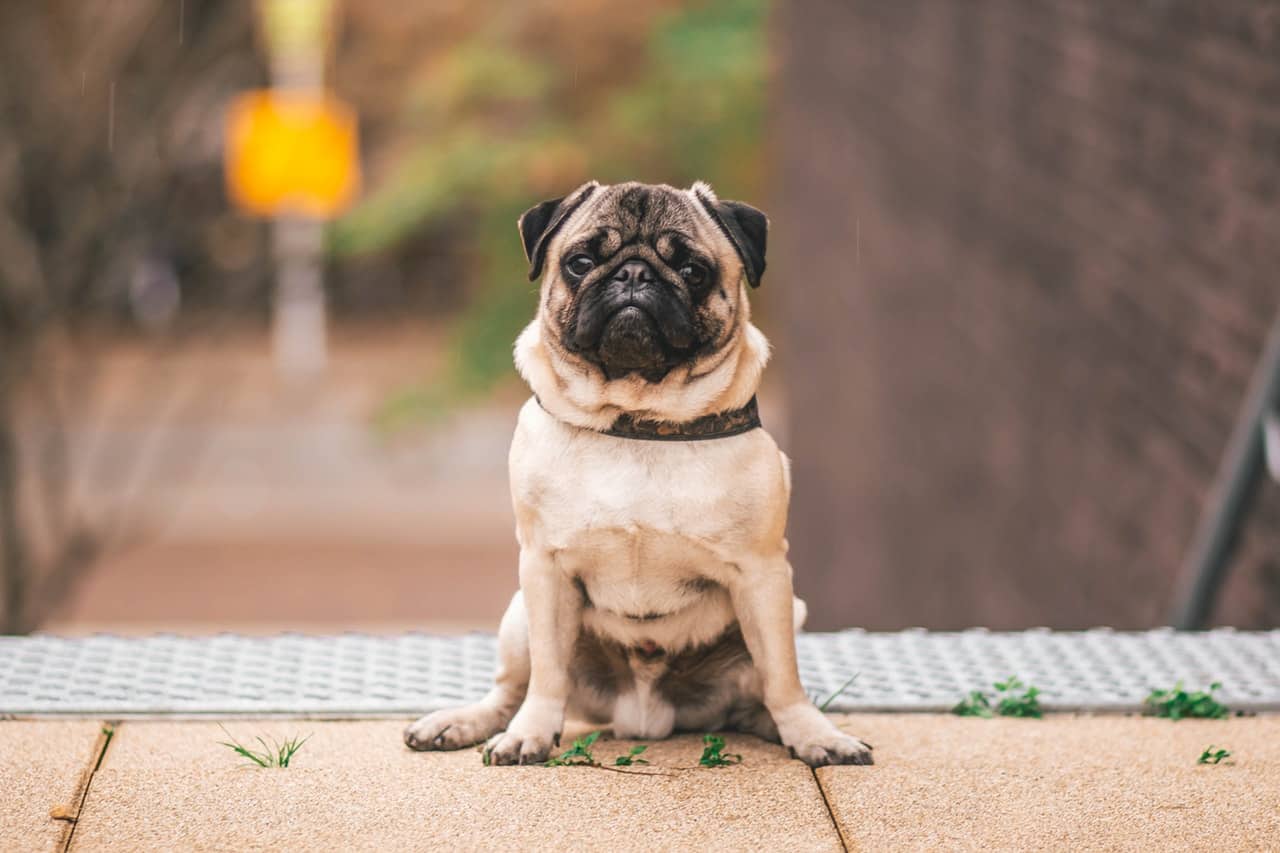 There’s a weight problem in America and it isn’t just affecting humans.

The most recent statistics classify the majority of dogs in the U.S.—56%—as overweight or obese. While that makes obesity in dogs a major health crisis for dogs, it’s a problem that’s often overlooked, as many pet owners may not even realize their pets are overweight.

“I see people coming in constantly with 90-pound Labs and they say, ‘she looks great,’” says Dr. Ernie Ward, DVM, CVFT, and founder of the Association for Pet Obesity Prevention (APOP). “Well, actually, that dog is 15 pounds overweight. But we’ve normalized it.” This kind of dog embodies what APOP has called the “fat pet gap”—the misalignment between what we think a dog should look like and what a healthy body composition should really be.

Obesity in dogs comes with significant consequences. In fact, Ward and other vets call it our pets’ biggest health threat. And it’s not an isolated issue; obesity is linked to a whole raft of health problems including arthritis, chronic kidney disease, bladder/urinary tract disease, liver disease, low thyroid hormone production, diabetes, heart failure, high blood pressure, and cancer. “We think it’s very important that people understand this isn’t just a cosmetic issue,” says Dr. Ward. “There is a physiological consequence to this.”

A slimmer margin of error

While obesity in dogs is loosely defined as 30% above ideal body weight (there is no universally accepted definition for pets), veterinary experts say just being overweight impacts pet health. And that’s one of the challenges in addressing this issue—many pet owners may simply not realize there is an issue.

“You look at your dog and it seems healthy and it’s active and doesn’t have any apparent health issues,” says Ward. “So you say, ‘it’s normal,’ and by extension its morphology, or its size, is normal.” But the problem is that we often don’t know what what “normal” is when it comes to dogs, so we project our own human-centric perspective. “In human terms, we think we just need to drop five pounds,” says Ward. “Well, the amount of physiological impact of a few pounds is much, much greater and more concentrated in pets than in people. Five pounds on a cat is catastrophic. Five pounds on a Lab is significant. We think a few pounds off my Lab; what could the consequence of that be..? But the consequences are that Lab’s hips are deteriorating, it’s causing damage to the kidneys, it’s probably causing high blood pressure which is causing a constellation of problems, and it’s increasing cancer risk.

Dr. Carol Osborne, an integrative veterinarian at Chagrin Falls Pet Clinic in Ohio, echoes the fact that a dog doesn’t have to be clinically obese to experience health consequences. “Being just 10% overweight decreases a dog’s lifespan by one-third and predisposes him to heart, kidney and liver disease as well as diabetes, arthritis and cancer,” she says.

Osborne says that adipose tissue (aka fat) is filled with blood vessels, and the added rich blood creates inflammation. This all creates an environment attractive to cancer cells and increases a dog’s risk of developing the disease, she says.

“Cancer is the number one killer of dogs today,” says Osborne.

And, for some smaller breeds, extra pounds make a huge difference. “Three extra pounds for canines in the ‘toy’ category is the equivalent of gaining approximately 30 pounds for you or me,” she says.