Can Small Animals Live with Dogs? 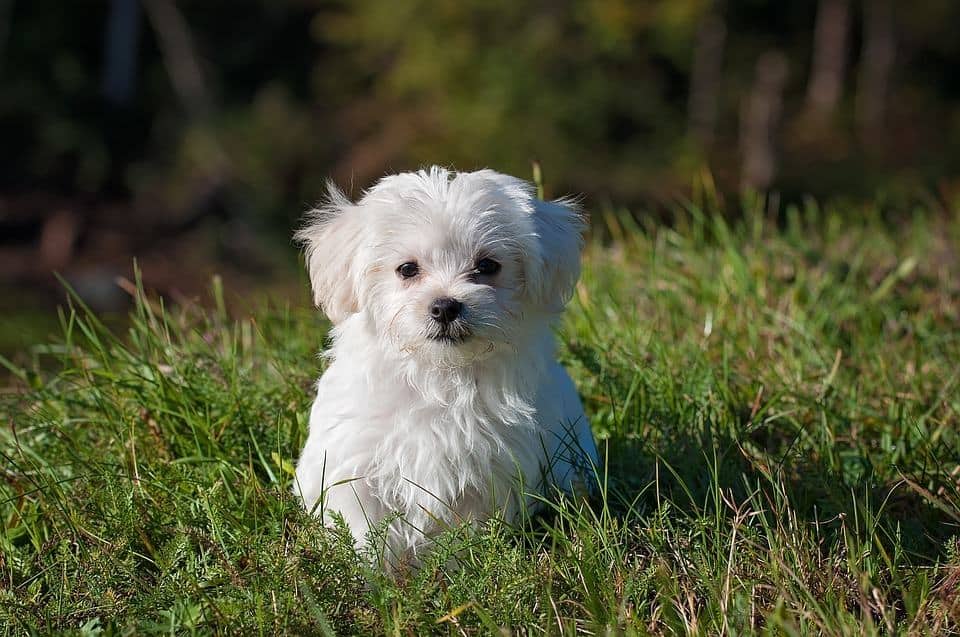 Whether you’re welcoming a Guinea pig into your dog-loving home or adding a new dog to your family of rabbit owners, introducing a small animal to a dog requires patience, love and consistency, said Carol Osborne, DVM and Integrative Veterinarian. In most cases, she says, initial tolerance can lead to lasting friendships.

While there are wonderful success stories of dogs and small animals coexisting under the same roof, there are equally almost as many stories where one—or both—pets wind up seriously injured (or, in the small animal’s case, killed). Fortunately, there are some key signs to look for when deciding whether an introduction is appropriate, and if so, some important steps to take in order to work toward harmony between your canine and small and furry pets. Here, some background on introducing dogs and small mammals, and how to make the transition as safe as possible.

Should You Introduce Your Dog to A Small Animal?

When it comes to small animals and dogs living peacefully together, their history dates back to ancient civilizations, said Rachel Barrack, DVM, of Animal Acupuncture. Despite this, introducing small animals to dogs needs to be done very carefully.

Kristin Claricoates, DVM, of Chicago Exotics Animal Hospital, explains that she does not recommend introductions between small animals and dogs unless it is absolutely necessary (for example, due to a small living space, or a house where a dog is able to open doors and go into any room desired), and should always be under constant supervision. “I have had more small mammals come in to my clinic with bite wounds and injuries from pet dogs and cats, she said. “Several of whom had never before been pestered by their cat or dog, or did great with the pet when supervised.” Some of these injuries can be quite severe and even life-threatening, she added.

Before you consider introducing a small mammal to your dog (or vice versa), it’s important to honestly assess your animal, she said. Consider the following: Does your dog dart after squirrels and rabbits on daily walks? Has your dog ever killed wildlife? If the answer to either question is yes, an introduction could be dangerous to your small and furry pet. It’s not that your dog is mean or vicious—often, it’s nature!

How to Keep Your Animal’s Habitats Separate

Dogs and cats are natural born predators, Claricoates said, and most small mammals, such as rabbits and rodents, tend to be prey species. From a prey perspective, if there is any threat perceived, the small animal will want to hide someplace safe until the threat is over or run away until they can find that safe place.

“Your pet rabbit, guinea pig, or other small mammal will need to feel they have a safe hiding place, and need to know that they will not be at risk when they come out of hiding,” she said. In addition to their food and water, small mammals like rabbits may benefit from a play house that can double as a hiding place. And, of course, making sure that there is opaque door dividing the small mammal from the dog is paramount, said Claricoates.

From a predator’s perspective, a dog will hear something small moving around the house, and will naturally want to investigate; seeing a small mammal running around may heighten their predatory instinct. To avoid this scenario, initially keep your dog on the other side of the door from your small mammal and don’t let them see one another for some time. If your canine is able to be more calm when sniffing the door after a period of time, or is calm on a leash and harness during a meet-and-greet with a small mammal down the line, “you can reward your dog for staying calm and not acting aggressively around a small mammal, similar to clicker treat training,” said Claricoates. But, this all comes with patience and over time.

Do Some Dogs Do Better with Small Animals Than Others?

Retrievers, Setters, Spaniels and Pointers – dogs specifically adapted to hunt – may have a greater prey drive and, therefore, might have a potentially higher risk for natural instinct to take over, said Claricoates.

“All dog breeds, however, have a natural predatory instinct, so I do not feel that certain dogs are better at being around small animals than others.” However, she added, small animals may be more comfortable around dogs or cats if they were used to seeing them from a very young age onwards.

Do Some Small Animals Do Better with Dogs Than Others?

It depends. Claricoates says that according to the book “Exotic Pet Behavior,” written by Teresa Bradley Bays, DVM, rabbits may get along with other pets including cats, birds, guinea pigs, and dogs (for example, rabbits were found to show no fear of cats if they were exposed to them before being weaned). Of course, interactions should never be unsupervised, as the predator-prey instincts are a driving force in all species, and any signs of aggression is likely to mean that the two animals will not get along and close interaction should be avoided. Besides obvious signs (like growling or barking), other signs of aggression or intent-to-pounce from canines may include pointed or raised ears and even excessive panting, said Claricoates. Small animals will often default to hiding if afraid of the larger animal.

Claricoates notes one exception to the predator-prey divide: the ferret. It’s both a predator and prey, so may be even more difficult to keep in your house with another pet. It may both try to attack other small mammals and be prey for a canine, she said.

Tips for Keeping Small Animals and Dogs in the Same Home

If you’ve decided that it’s safe to make an introduction between your dog and your small animal, consider these tips to ensure it goes as smoothly as possible:

Prepare in advance. Bring your new family member home on a quiet day when you have plenty of extra time, said Osborne. “Take the time needed to properly set up your new pet in his or her own room,” she said. “Spend several days letting your exotic settle in.” Try to minimize stress and excitement for your dog by not making a fuss over your new pocket pet by initially keeping your dog separate from the new pet. If your dog is the new party, Osborne recommends that the safety for your small mammal be the primary goal. “Protect your small mammal at all times because it is so tiny,” she said. She reiterates that a dog should always on a harness and leash, and when you’re not able to provide direct supervision, close the door to the room of the small, furry pet and try to block out the sound of a potentially barking dog, as this can be stressful for your small mammal.

Get a clean bill of health. Infections can be transmitted between species, said Claricoates, so make sure both animals have had a veterinary exam and a stool sample taken before bringing your new addition home, and especially prior to introducing the animals to one another. Also remember that a dog or cat that goes outside can bring in critters, like fleas, ticks and ear mites, to your small mammals. There are a number of safe and effective preventive medications to help minimize the risk of your dog or cat bringing home parasites, so it’s important to discuss flea and tick prevention with your veterinarian prior to bringing home a small animal.

First impressions are important. Once your small mammal is in its own room, Osborne recommends letting your dog smell it through the crack under the door. This allows them to get to know your new pet through scent. “Initially, your dog may spend extra time by the closed door showing lots of interest and excitement. Hopefully, your dog will start to lose interest in the new smells. After a week or so, the initial excitement usually subsides. At this point you’re ready for step two,” said Osborne. Keeping your dog on a leash or harness, she then suggests slowly entering the room in which the new pet is happily caged, keeping both pets at least two to three feet away from each other. Allow a short face-to-face meeting, then leave the room. The goal is that when the two animals begin to lose interest in each other, then you are ready to promote closer introductions. To begin, she recommends three to five minutes, two to three times a day.

Safety first. “It is important that the dog cannot access the cage directly, as they can potentially knock it over, releasing the small animal,” said Barrack said. Provide your small animal with at least one place to hide in its cage (even more if your cage size permits), as a sanctuary for your small mammal if they become frightened, Claricoates said. Additionally, all pets should have their food and water in a safe, separate place to minimize food aggression.

Keep the rewards coming. Be sure to offer your dog rewards when he or she remains calm. The key is to introduce them gradually without forcing it making a fuss, said Osborne.

Be a good pet parent. Sibling rivalry is prominent with animals, too, said Barrack, so make sure you give your “first” pet special attention. “If one animal has lived with you for a few years (or longer), they are your first baby, and introducing another animal or two is like bringing a new child home,” she said. If your first pet is acting unusually or having accidents in the house, make sure you spend some extra time together. “It’s normal for your first pet to feel a range of feelings, just like humans, about this new change in the family,” she said.

This article first appeared on PetMD By Vanessa Voltolina