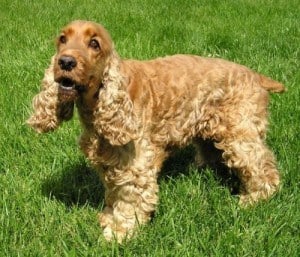 Canine Cancer Clinical Trials are now being offered in Chagrin Falls, Ohio with the veterinarian, Dr. Carol Osborne as part of an ongoing, Cancer research study that originated in Australia. In Australia, dogs with terminal cancer have achieved a cure with a single dose chemotherapy pill. This clinical trial is made possible by immune mapping also referred to as Immunotherapy.

Due to a new blood test created by Dr. Noam Pik in Australia at the Melbourne Biotechnology Research Institute, we are now able to identify when a single chemotherapy treatment will achieve maximum effect for a patient. Because of Dr. Pik’s work and the ongoing success of these immunotherapy cancer trials, this therapy is now also being offered at the Mayo Clinics for humans stricken with terminal cancer using the same technology.

“In 2010, researchers in Australia reported the discovery of a cyclic “immune response”. Using serial blood measurements of C-reactive protein (CRP), a commonly used inflammatory marker found in the blood, they mapped both the rise and fall of CRP over several days showing the initiation and termination of the patient’s immune response. These immune cycles most likely represent cyclical immune activation and suppression against cancer, with a cycle period varying between 4-9 days.

Researchers were further able to show that the timing of cancer therapy with respect to the immune cycle is apparently crucial in determining the success of treatment. By sequentially measuring CRP before, during and after the time of treatment, they have been able to establish the optimal timing of the patient’s immune cycle. This allowed them to correlate the dosing of a single chemotherapy pill within a 12-hour window. The result…a far more successful clinical response! The cancer patient’s immune system oscillates or cycles. It is proposed that this cycle creates narrow recurring therapeutic windows during which the patient’s immune system can be successfully manipulated to destroy cancer.”

In Australia, Duke, was the 1st dog cured of malignant osteosarcoma, also referred to as bone cancer. Duke is still living happily with his owners today. Jazz, a golden retriever diagnosed with Malignant Melanoma is also a success story. Jazz is still enjoying life as she remains in remission with her pleased parents.

**Dr. Osborne and the Chagrin Falls Pet Clinic currently have a couple with a 7-year-old black Labrador named Monkey. They traveled here all the way from Rhode Island and are taking part in this cancer immunotherapy clinical trial. They will be here for another week until Monkey’s immune cycle has been completely mapped.