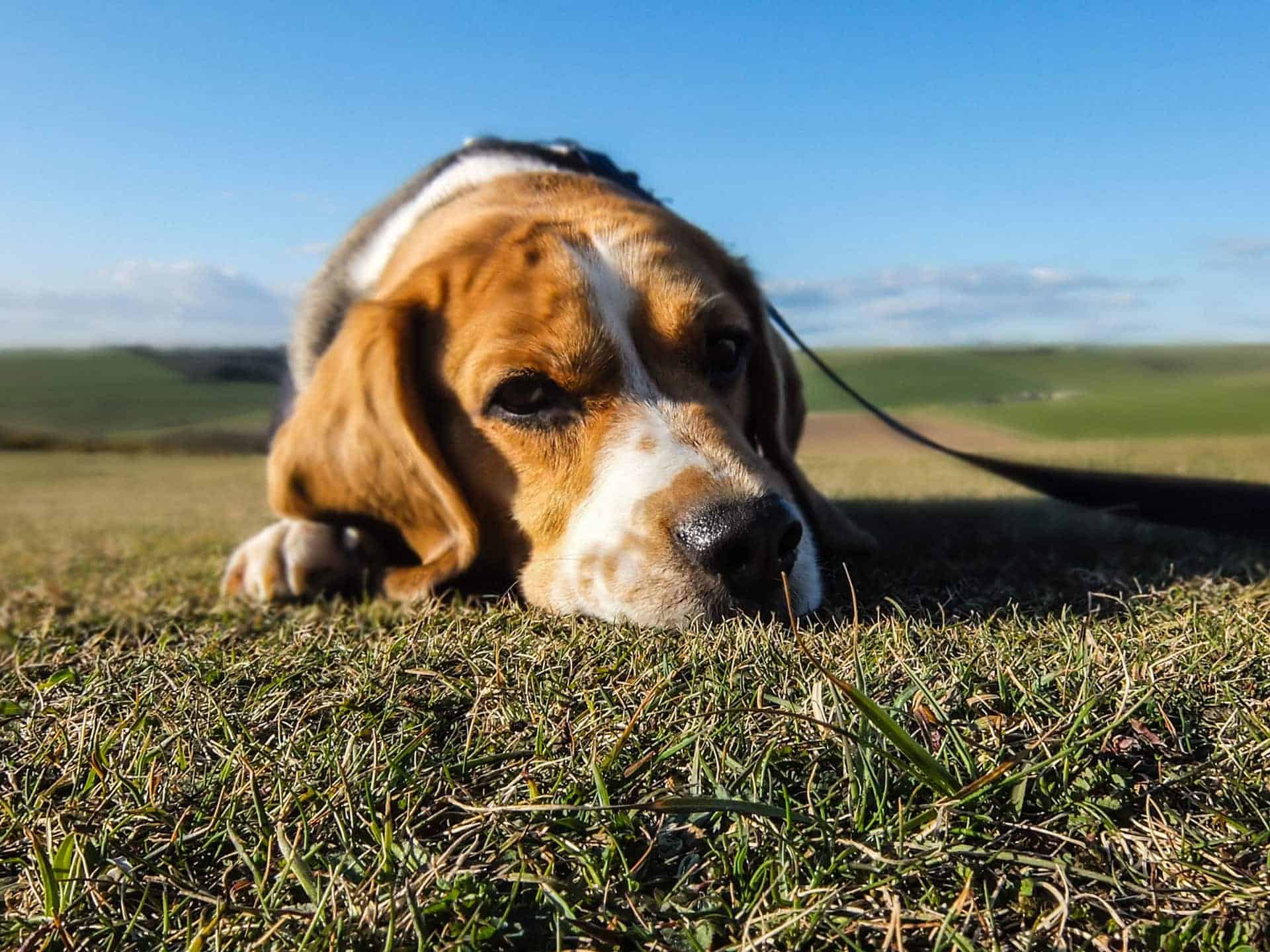 Dog Seizures. The main sign of pet epilepsy is seizures, which are caused by abnormal electrical activity that begins in the brain.  Most pet seizures last from one to three minutes, with the average time being 90 seconds in dogs.  Minor or partial motor seizures can cause dogs to salivate, stare into space, and/or have localized muscle twitches.

Severe seizures, also called Grand Mal Seizures, may cause dogs to totally lose control! Dogs typically fall down onto one side or another, experience severe full body muscle twitches and often urinate and/or defecate during the episode.

This type of severe seizure is quite dramatic and is often seen for example, on television After the episode, some dogs act normally, others remain dazed.  Seizures in pets use up a lot of energy so most dogs are hungry and enjoy small portions of food and water after the epileptic episode has ended. Dr. Carol’s Tip: Epileptic dogs enjoy small amounts of fresh organic food and water when a pets seizure episode ends.

Some cases of epilepsy in dogs occur as a result of an underlying disease. Diabetes and low blood sugar, kidney failure and brain tumors are a few diseases that can cause pets to seizure.  Once the underlying cause of your pets seizures is determined and successfully treated and/or controlled such as with Diabetes or kidney failure, the seizures usually subside. In addition, tainted pet food can cause seizures. For example, the Nutro Pet Food that was recently recalled by the FDA contained an excess of the mineral “Zinc” which when eaten, caused pets to seizure and suffer with “Pancreatitis-like” episodes of vomiting and diarrhea.

The majority of dogs diagnosed with Epilepsy are middle aged; usually dogs are over six years old before their seizures begin. Most cases of epilepsy in dogs are termed “Idiopathic Epilepsy” meaning that the cause of the seizures is unknown. Classically the onset of Idiopathic Epilepsy in dogs is between one and five years of age, with a higher incidence in certain canine breeds, such as golden retrievers, cocker spaniels, huskies, malamutes, and miniature poodles.

SIGNS OF EPILEPSY & SEIZURES in DOGS

WHAT YOU AND YOUR VET CAN DO for DOG EPILEPSY & SEIZURES

Dogs that suffer from seizures should be checked by your veterinarian.  Routine diagnostic procedures for epileptic pets include a complete physical examination, discussion of your pets medical history, a review of his or her environment as well as your dogs diet and nutrition. A full set of blood tests, including a CBC or Complete Blood Count and a Chemistry Profile along with a urinalysis and in some cases x-rays are routine procedures most veterinarians use to diagnose Epilepsy in pets.

If an underlying medical problem can be found such as Diabetes or Kidney Disease, appropriate therapy usually eliminates the seizures.  In dogs with Idiopathic Epilepsy, no underlying problem or cause can be found.  In these cases, the pets seizures may be controlled but not cured.

Various anti-convulsion pet medications, such as Phenobarbital, are usually prescribed.  Potassium bromide may be used along with Phenobarbital in certain cases.  The Potassium Bromide decreases the effective dose of Phenobarbital necessary to stop the seizures.  Preventative daily medications are generally not recommended unless dogs experience seizures at time intervals of 30 days or less.  With proper therapy most epileptic dogs are able to enjoy fairly normal lives.

Silicea 30C (silicon dioxide) may help control seizures.  One dose of two whole pellets or three pellets crushed to a powder on the tongue.  Withhold food one hour before and after.  Wait 30 days, then reassess.

Acupuncture may be effective to help control seizures in certain cases.

© Dr. Carol’s TIP: Organic, home-made pet meals along with a comprehensive vitamin-mineral supplement to balance out your pets home-made diet such as Paaws Vitamins or VitaLife Supplements, have completely stopped pet seizure episodes and eliminated the need for prescription medications including Phenobarbital in some dogs in this clinical veterinarians experience and reduced the frequency and severity of seizures in other dogs.

Various vitamin and/or mineral dietary deficiencies in pets, such as a lack of the mineral magnesium can cause pets to seizure. Proper supplementation eliminates the seizures in these cases