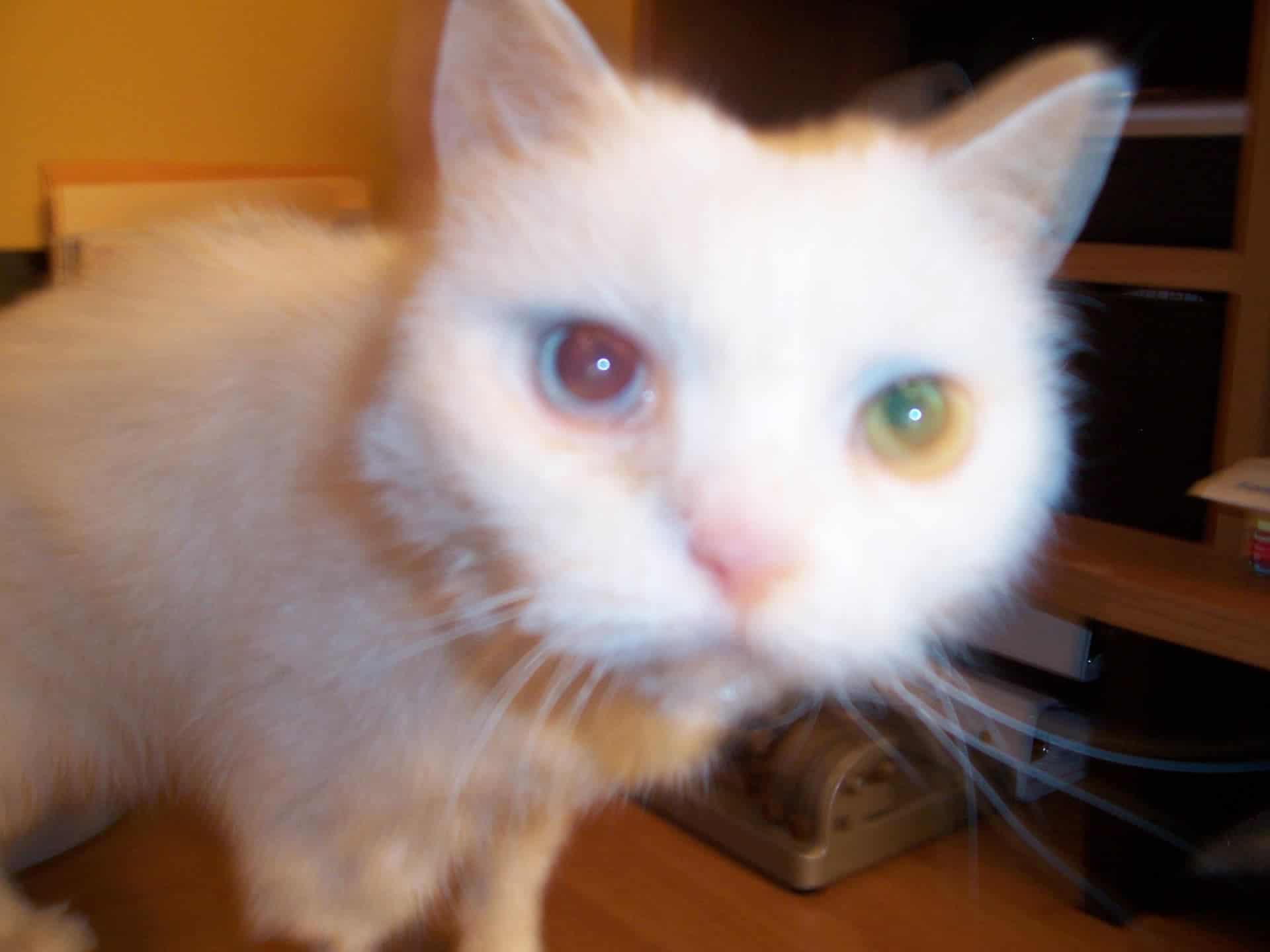 Hello Cat Lovers, I want to share this note I received with all of you: Two weeks ago, I received a desperate phone call from a woman with an 18 year old cat, named Angel. Angel was on the verge of being euthanized because her owner and her vet had run out of ideas to help her. Angel had suffered a broken pelvis from being hit by a car several years ago and then developed such severe arthritis, not only was she unable to climb into her litter box, now she had stopped eating and wasn’t even able to pass stool on her own.

She was told that the arthritis was so advanced; it had resulted in narrowing of her pelvic canal to the point where she could not defecate on her own. She had been hospitalized twice, was put on IV fluids and given enemas to try to relieve her constipation. The problem was that as soon as she went home the problem recurred.

I wanted to drop you a note to say thank you so much for your help with my 18 year old cat, Angel.  She has passed her bowels 3 times since I last talked to you and she no longer struggles to go.  She is bright and alert and looks just so happy.  She is coming down stairs several times a day when before she never did.  Her coat looks cleaner and smoother.  I am so thankful and I am sure Angel is too.  Karen Not being sure if she was going to make it, now I can’t believe she has recovered so quickly.  She is right next to me now watching me type.  It’s amazing. I haven’t talked to my vet yet, he is on vacation and doesn’t return until Friday and the other vets there I really don’t have faith in.  My vet that was one who told me to call you is only there 2 days a week.  I know he will be very pleased to hear how well Angel is doing.

I don’t know exactly what’s responsible for her sudden turnaround…maybe a combination of everything.  However; the very first day that I gave her the Paaws, she started to walk a bit better.  Giving her only wet food with the veggies, as you suggested, is definitely helping to soften her stools and it seems to be making it easier for her to have a bowel movement. I will start giving her the hip and joint tonight in her food.  I would definitely have to say the Paaws worked wonders because that is the only thing that she has been on for any length of time. She had a bowel movement on Thursday and Friday and then one today.

She walked up and down the stairs several times today, which she never, ever did before. For an 18 year old cat with arthritis she is doing fabulously!  She doesn’t fall over any more when she walks.  It’s just amazing. I have attached a picture of Angel, and if you would like to share this on your site it is fine with me. Again I am so thankful for all of your help and for your Paaws product!!