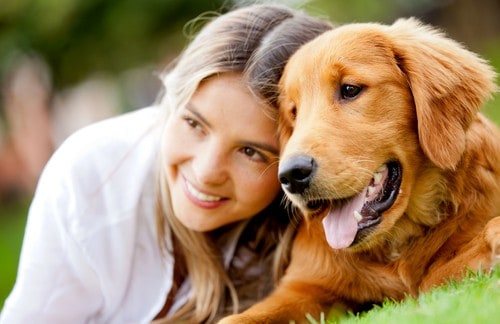 Improved Pet Health Care. Sam is active. He exercises several times a week, especially at the park on Sunday. He eats a balanced diet, takes his medication for liver disease every day and gets medical care as needed. He is also 90 years old — in dog years. Sam, a border collie, belongs to Heidi Harding of Madison, and just like his human counterparts, he is doing the things that should ensure a long life. And largely because of this attention to diet and preventive health care, pets are exceeding previous expectations for longevity, say veterinarians and other pet experts. For a long time, most dogs and cats lived up to age 10 to 12, said Carol Osborne, DVM, a veterinarian and founder of the American Pet Institute in Chagrin Falls, Ohio.

In a 13-year clinical study she has been conducting on the prevention of age-related degenerative diseases in canines, some large-breed dogs are enjoying high-quality lives even at 18 years of age, and some small-breed dogs are still going strong at 24. “That’s remarkable, even to me,” said Osborne, adding that in her veterinarian practice, it is not uncommon to see cats live to 25 years or more. Adam Goldfarb, a companion animal specialist at the Humane Society of the United States, said that he was not aware of statistics showing greater pet longevity but that the anecdotal information is strong. “First, we’re seeing huge advancements medically,” he said. “Also, in some cases, the quality of food is much better, and we’ve learned a lot about ideal lifestyles for pets.”

But the overarching reason for longer life spans could be the way we view our pets as part of the family instead of “just an animal” or a worker helping out on a farm, Goldfarb said. As Dr. Sandra Sawchuk, an instructor at the UW-Madison School of Veterinary Medicine put it, “Pets have gone from the barnyard to the bedroom.”

The bonds between owners and pets are stronger now, contributing to pet longevity, Sawchuk said.

“I think because pets have now become more recognized as family members, just with four legs and a fur coat, the expectations are that they will have the same kind of quality of medical care that their two-legged families would get,” Sawchuk said. Harding embodies this pet ethic. She adopted Sam from the Dane County Humane Society 15 years ago when he was 9 weeks old. During a dental procedure last year, technicians tested his blood and found a liver condition.

So Sam takes liver medication and a small dose of pain medication every day. It costs about $80 a month, Harding said — pricey but worth it, she said. Madison resident Todd Bailey believes his cat, Sneakers, lived to be almost 20 years old simply by being an indoor cat. Sneakers became deaf when he was 3 and blind near age 10 — infirmities that would have doomed him to early death in the outside world.

“But other than that, his health was great,” said Bailey, who took Sneakers to the veterinarian as needed during his long life — but rarely on an annual schedule — and fed Sneakers healthy food but never anything very expensive.

Americans are spending more money than ever to care for their pets — an estimated $45.5 billion in 2009, according to the American Pet Products Association. That figure has doubled in the past 10 years. Veterinarian expenses make up the largest chunk of the money, $12.2 billion, followed by supplies and over-the-counter medicine at $10.2 billion. Increased pet expenses may not always be by doctors orders. Michelle Lonergan, owner of Tabby and Jack’s Pet Emporium in Fitchburg, did her own research to help her 11-year-old Doberman, Hannah, after she developed numerous fatty tumors on her belly. “I let it go for a year. I didn’t care because I loved her for who she was,” Lonergan said. “But it got to the point where it obstructed her breathing.” After a $350 surgery in February to remove half of a tumor that was restricting Hannah’s breathing, Lonergan put Hannah on a seaweed supplement used to help the digestive tract and regulate the thyroid. A six-month supply costs about $20.

Now, almost all of the tumors are gone, a development Lonergan attributes to a combination of surgery and supplements. Dobermans typically live eight to 12 years. Lonergan thinks Hannah might live for five more years now. “There was no question I was going to spend the money,” she said. “It saved my dog.” Erika Lukas, a veterinarian at Fitchburg Veterinary Hospital, said she expected the current economic downturn to affect her practice, but it has not. “What a pet gets at my clinic is more than my kids get at the pediatrician,” Lukas said. “It’s a really high quality of care, and people expect it.”

Madison is a pet-adoption friendly city, even when it comes to older animals, said Gayle Viney, spokeswoman for the Dane County Humane Society. She thinks part of this willingness to adopt older animals comes from the increased awareness of longer life spans. “Many people open their hearts to adult and senior animals because they do know that animals are living longer these days and there are a lot of advancements with medical care for animals,” she said.