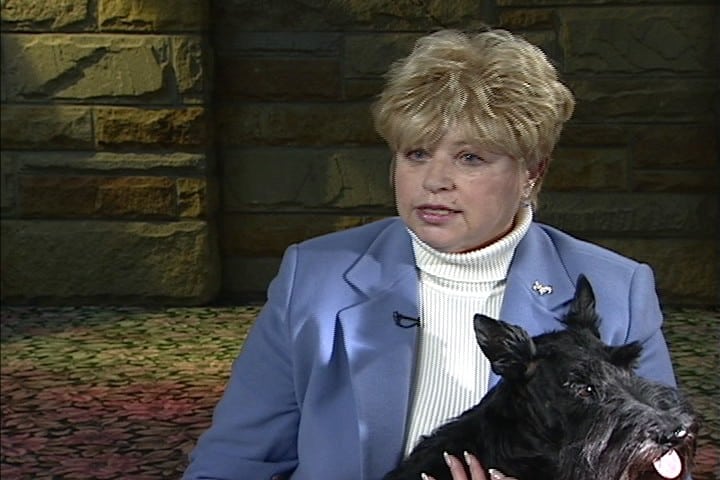 Dogs with Cancer. Cancer is now the leading cause of death in dogs in the United States! Certainly cures are needed and now some of these cancer ridden dogs have been enrolled in a new clinical trials program, in which they receive experimental chemotherapeutic drugs before they become available for people. Twelve trials are currently under way on groups of 15 to 60 dogs, and at this point some reports say that many of these canines have responded “favorably” to the drugs. The trials are being run by The Comparative Oncology Trials Consortium which is located in Bethesda, Maryland, and was recently formed by the US National Cancer Institute.

The rationale for using dogs instead of mice and rats, is because cancer affects dogs very similar to the way it affects people. In addition, the different types of cancers, plaguing pets is also similar to the variety’s affecting humans. Therefore their rationale on using dogs, instead of rats and mice as “guinea pigs” for people gives researchers a better idea of how the drugs would eventually affect people. 19 veterinary schools, have enrolled in the project. Pet owners are asked to document various assessments for their dog, with respect to quality of life, appetite and behavior.

Certainly one must wonder whether or not the trials are merely an excuse to test risky procedures and experimental drugs on dogs, because they are obviously unacceptably dangerous in people. This raises serious concerns for this veterinarian and others as to what these dogs may have to endure, in addition to already suffering from cancer. On the other hand, some advocate giving these untested, highly toxic, experimental drugs drugs directly to people, instead of dogs. European cancer researchers are in limbo as to whether or not to join and feel that this is an interesting approach to learn more about cancer.

This author, a traditionally trained, holistic veterinarian, in practice for over 20 years, wonders why a similar initiative, directed to PREVENT diseases, including cancer, instead of only focusing on disease treatment wouldn’t be an approach to consider. This pro-active “preventative model” of health care could replace the current “disease-based model” of health care. This would not only benefit health and wellness, for people and pets, but would also reduce our national debt by billions, help to resolve the current health care crisis and allow older individuals of our society to remain healthy, active, productive members of the work force.

Perhaps the underlying issue, that is of yet unaddressed, is that the multi-billion dollar “Big Pharmaceutical” companies, working in direct conjunction with our health insurance providers represent a major stumbling block?

We would like your comments on this issue, so please let us know your thoughts!