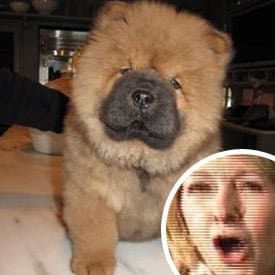 Freak propane explosion kills Steward’s dog along 17 others at a local kennel. In Summit Hill, New Jersey, 17 dogs were killed in an accidental propane explosion at an eastern Pennsylvania boarding kennel in the Pocono Mountains including Martha Stewart’s chow puppy, named Ghengis Khan. Kahn was a grandson of Martha’s other chow. Paw-Paw. A total of fifteen dogs were killed in the explosion, and two others passed away over the weekend. The kennel was receiving a propane delivery when the tank suddenly ignited, setting the dog pens on fire and injuring the driver as well. Despite suffering terrible burns to his body, he was able to save the life of a Cairn terrier by tossing over the kennel’s fence to safety before he was taken to a local hospital. Currently he is listed in critical condition.

Martha noted she was “deeply saddened” by the death of her dog, Ghengis Khan. Martha and the courageous driver are in our thoughts and prayers.