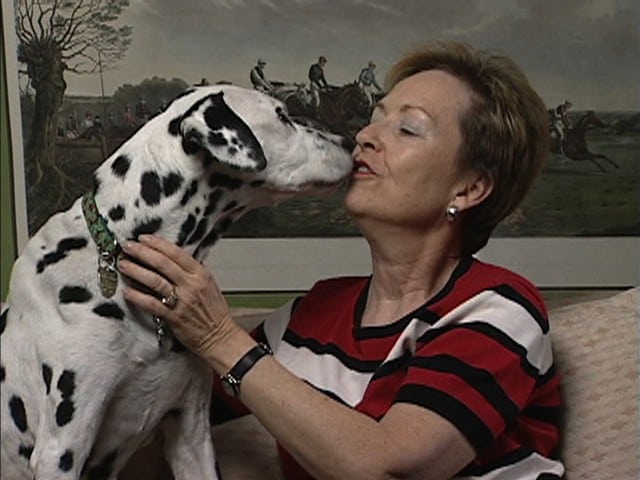 The gene that regulates uric acid in people is responsible for causing bladder stones in Dalmatians. Researchers at the School of Veterinary Medicine, University of California, have discovered a gene mutation in Dalmatian dogs responsible for causing high levels of uric that can lead to bladder stones. Now breeders have what they need to try to eliminate this from the Dalmatian breed. This discovery also gives clues as to the cause of similar problems in people.

Only people, great apes and Dalmatians produce elevated levels of uric acid in their urine and blood. Other dog breeds do not usually produce uric acid. In people, this can cause kidney stones, hypertension and gout. Gout is a painful inflammation of the joints. In Dalmatians, high uric acid levels often lead to bladder stone formation which often requires surgery. The good news is that breeders can now control this by specific breeding techniques. They would need to breed their Dalmatian to the normal offspring of the original Dalmatian-pointer breeding that originated back in early 1970. This would result in a normal, healthy puppy that looks just like a Dalmatian, maintains the breed characteristics and is genetically almost identical.

By collecting DNA and urine samples from hundreds of dogs, researchers were able to identify the gene responsible for high levels of uric acid. Genetic analysis of dogs that are a cross between pointers and Dalmatians pinpointed the gene in question. The gene is called SLC2A9, which is the same gene that regulates uric acid levels in people. Analysis of the DNA revealed the fact that mutations in the SLC2A9 gene caused the elevated uric acid in the Dalmatians.

People and great apes also carry this SLC2A9 gene, but researchers have yet to figure out why it doesn’t cause elevated uric acid levels in them. We have to thank the Morris Animal Foundation and the National Institute of Diabetes and Digestive and Kidney Diseases within the National Institutes of Health as they were responsible in part for the funding of this study.

The Genetics Laboratory in the University of California at School of Veterinary Medicine will begin offering DNA testing for this genetic mutation in dogs which will let breeders eliminate this problem in their future litters of Dalmatian puppies.

For more information on this program log onto http://www.vgl.ucdavis.edu/.