Hairless Dog Gets New Haircoat with PAAWS:Before & After Photos 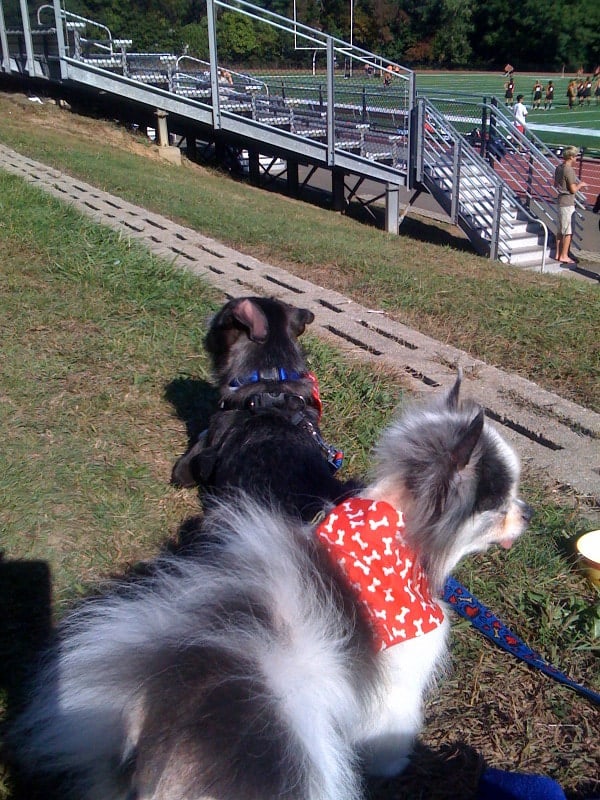 I had to share this note with everyone. The before (left) and after (right) photos of this dogs haircoat amazed even me and I created PAAWS! As a veterinarian for over 20 years, I can honestly say that I have never seen a dog undergo such a dramatic change in haircoat quality and growth. Hi Dr. Carol, I have attached two pictures of my dog Marvin. One was taken in the first few months of getting him (late summer/early fall 2007) He was mostly bald… just a few stray hairs in random patches on his back. The other picture was taken a few weeks ago (he is watching the game with his brother Squints)

The angle isn’t the best but you can see how drastically his hair has grown. He has been on your PAAWS anti aging vitamins for a little over a year now (roughly started him in August/Sept 2007) when a friend told us she was convinced that they were what was keeping her 13 year old bull dog alive and in relatively healthy shape.

Even after a couple months of taking the vitamins we could notice that overall he just looked healthier. He was running laps in the back yard and chasing after the little westie down the street. Being that he had hair only on his head and legs, we generally kept a shirt on him- for two reasons. One, so he wouldn’t get sun burned. Two, so people wouldn’t make fun of him (he was a little sensitive about his looks)!

After about nine months of taking the vitamins, I went to pet him under his shirt that he was wearing and noticed he felt different– a little softer. I took the shirt off and noticed he had legitimate fur. Once I took that shirt off I never put another one on him. He is a little poof ball now. He still has a couple bald spots here and there (his tail and his neck and upper back) nothing a little bandana can’t cover up, but for the most part he has long fluffy fur, I am so happy and love it so much that, to my sister’s dismay, I refuse to get it cut! I am so excited to try the VitaLife formula on my new dog Squints!!

Thank you so much for making such a wonderful pet vitamin product that truly works!