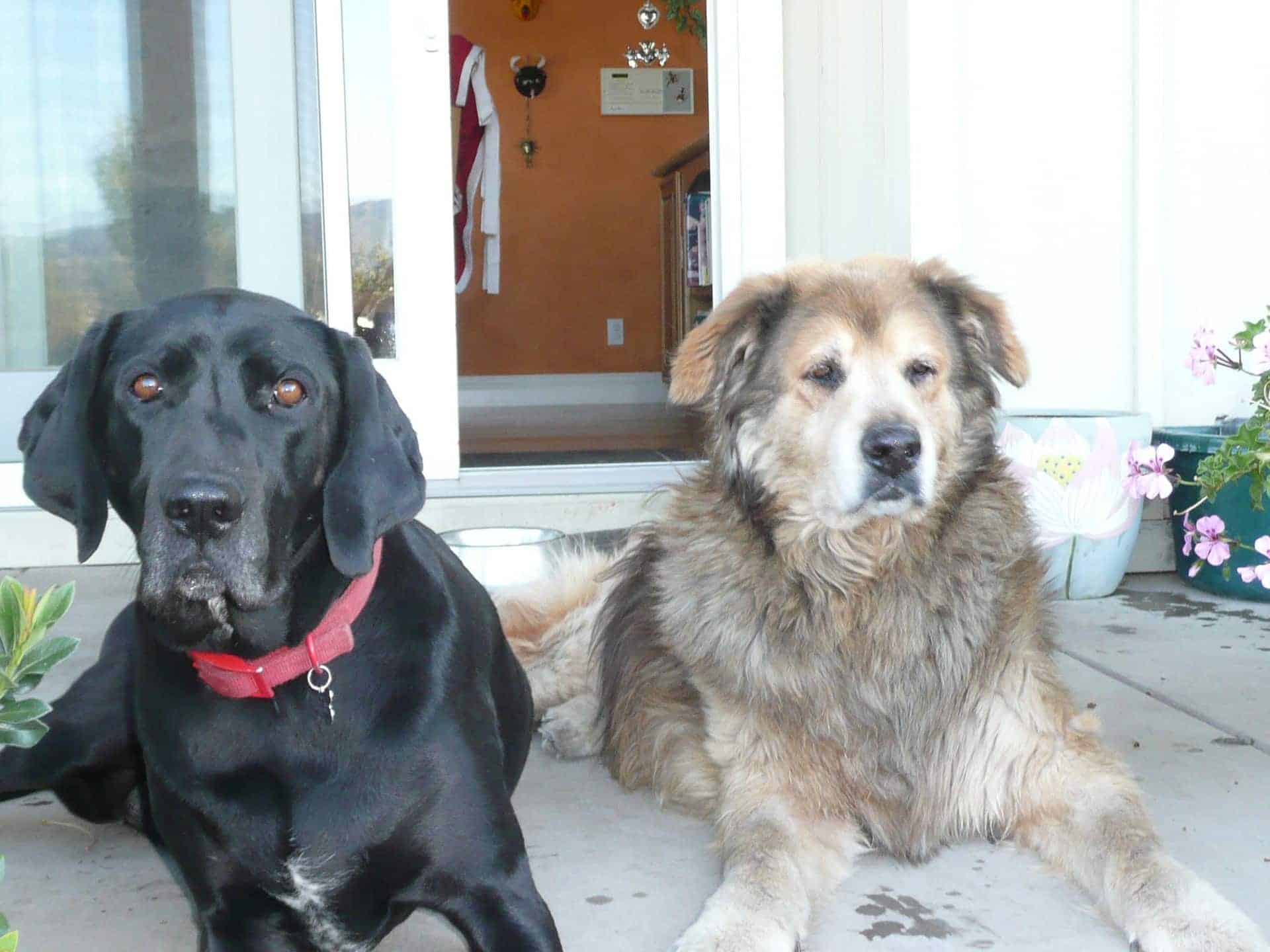 Hi Dr. Carol, This week Kodiak and his family will be celebrating his 13th birthday! Part of that I owe to you. I had been mourning the loss of our previous dog for about a year. I was actively looking for a dog and was referred to adoption places, foster homes, shelters, etc. I met lots of dogs, but not the right one. I was not set on breed, size, or color. I just knew that I would know the dog when we met. I found Kodiak at a shelter when he was 12 weeks old. When our eyes met, I knew that he was the one.

I adopted him and cured him of the worst case of worms that I had ever seen. During his first year, it became obvious to me that something was wrong with his hips. When I took him to a vet, they did xrays and found that his femurs on both sides were not even in the sockets. They did not expect him to live beyond 3 years old. I cried and brought him home and decided we would just enjoy whatever time we had together. He has lived a very happy and healthy life. He has never been able to jump up into our truck, but he was able to run and play and hunt squirrels. About 2 years ago he really slowed down. He was not getting up all day. He would lay on the porch in one spot and only get up to take a walk to the lawn to relieve himself. We brought him his food dish and water. I was afraid that his time was near. I did not want to give him strong pain or steroid medications that would ruin his liver and kidneys.

A friend of a friend sent me a bottle of Paaws to try on him. I started giving it to him daily. One evening, about a week later, I came home after dark. Kodiak was not on his usual spot on the porch. I became worried and went to the back porch to see if he was there. No Kodiak!! I was so afraid that he must have gone out to one of the pastures to die. I started calling and calling and looking all over with the flashlight.

I finally found him! His nose was covered with dirt, his paws were covered with dirt and I swear he had a big smile on his face. He had been out looking for squirrels. He has been on the Paaws formula ever since then. That was almost 2 years ago and even though his limp is there, and it’s hard for him to get up sometimes, you can see the light in his eyes still. At 13 years old, the local vet says that he looks better than most 7 or 8 year old dogs she sees.

I think we owe that to you Dr. Carol.
Thank you sooooooo much,