It’s Peak Package-Delivery Season, Here’s How To Help Your Dog Through It 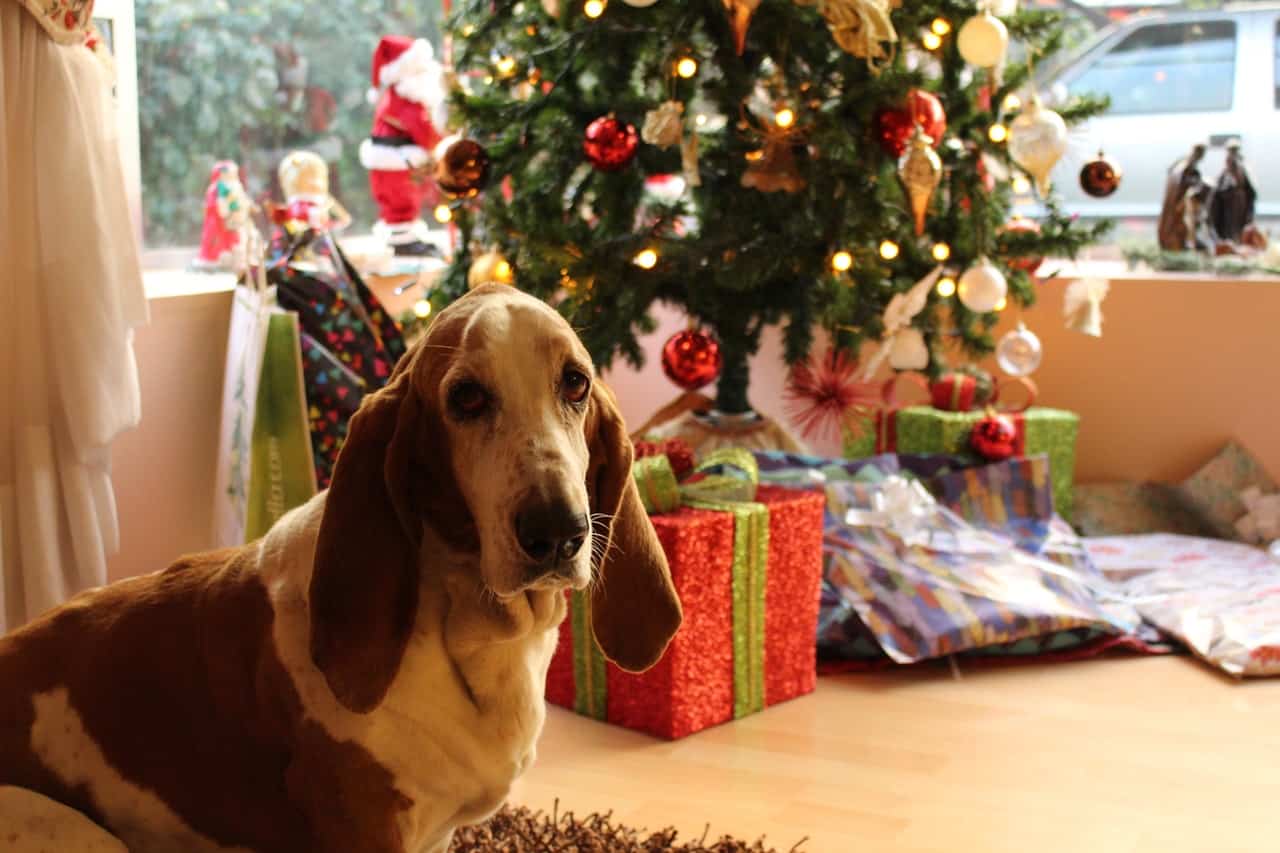 May peace prevail in your home this holiday season.

The sound of the 2020 Christmas season is less sleighbells and more doorbells. As Americans skip the malls and order online this year, dogs across America are having a time.

Sure, some dogs love seeing the UPS driver, as evidenced by the very good boys and girls of the UPSDogs Instagram account. But that account is not representative of reality, says Ken Labbe, who has delivered mail in Illinois for the USPS for 28 years. Labbe loves dogs, and he doesn’t fault them for not loving him back. “They can be protective. They’re saying, look, I protect the homestead,” he says. But for Labbe’s safety—and your dog’s—it’s worth trying to make package deliveries a little less chaotic for everyone.

Dogs are incredibly sensitive to noise, says Carol Osborne, DVM, an integrative veterinarian who runs the Chagrin Falls Veterinary Center and Pet Clinic in Ohio. “Thousands of dogs have noise phobias,” which may even include the doorbell or loud knocking, she explains. That means package deliveries are not just ruining your Zoom meetings, they’re also possibly causing your dog a lot of stress. “If your dog is constantly in that high alert, can’t relax, can’t turn their brain off state, that can be a really hard way to live their life,” says Liv Hagen, an animal behaviorist with Minnesota’s Animal Humane Society.

Fixing it, however, is going to be tricky—especially now that we’re in the thick of package season. That doesn’t mean you shouldn’t try, though. “It’s never too late to start working toward the behavior you want,” says Hagen.

Admittedly, this is going to be a lot easier with a puppy. Dr. Osborne says that from 8-12 weeks, puppies go through a “fear” imprinting stage, where they learn what is and isn’t scary. If you have a young dog, you may be able to have the UPS driver give them treats directly. The idea here is to get them used to deliveries being a pleasant experience.

Older dogs will be more of a challenge. As a general rule, the longer a dog has performed a behavior, the harder it will be to get them to change that behavior, says Hagen. Still: Old dogs can learn new tricks. And they’ll love it. “Your dog is craving for you to work with them, and train them, and give them something constructive for them to do,” says Hagen. Dogs want to engage with us, and training does precisely that. Furthermore, when done right, behavior modification can change the actual emotional response a dog has to a trigger. That means he won’t just not bark, but he’ll actually feel less anxious or angry when the doorbell rings. (Yes, you can do this with humans, too. It’s just called therapy.)

Find a Survival Technique during the Christmas Season

The first step is figuring out a way to keep your pooch from practicing the old behavior, especially if it may happen when you’re not in a position to help shape the reaction you want. (Like, how UPS only shows up when you’re on a crucial work call.) For now, maybe close your blinds and put a sign on your door suggesting deliver folks leave parcels without a knock. “That is a totally fine management technique,” says Hagen. There is no shame in making your—and your dog’s—life easier.

Once your dog has been “triggered” or is in a total tizzy, you’ve lost your ability to work with them. Because of this, it’s crucial to work at a place that’s below their threshold. “You can’t teach anything over threshold,” says Hagen.

For Dr. Osborne, the easiest way to achieve work under threshold is to get a recording that sounds like the UPS driver. (You can record them on your phone next time they stop by or find a YouTube video of a UPS truck arriving.) Play the recording at a level where you see your dog noticing. However, the second they display distress, cut off the tape. Then, lower the volume to a place where your dog hardly notices it. Then, play the tape at this under-threshold volume while offering them treats.

Get the Good Treats for the Season

You need to convince your dog that what you have to offer is better than whatever else is happening in the world right now, says Hagen. She taught her dogs a trick called “Thank you, next” for dealing with the doorbell. “I want my dogs to bark when there is someone at the door,” she says. What Hagen doesn’t want is twenty minutes of frenzied yapping. Using hot dogs and cheese as treats, she slowly shaped a behavior where her dogs will bark at the door bell, but she can say, “that’s enough,” and they stop.

To shape a “thank you, next” behavior, she first had to deal with getting her dogs to a calmish place when they heard someone at the door. For her, that meant putting up a baby gate to keep them from getting to the door. Something about that added bit of spacing made them not quite as reactive (see above about being under threshold). Then, she essentially waited delivery people out with her dogs barking. As soon as the delivery person was gone and the dogs began to quiet down naturally, she began doling out the treats to reward the quieting down behavior. A cool thing about using food as a reward is that a dog cannot bark and chew at the same time. If they want the treat, they’ll have to stop barking, which you then reward with more goodies. Once you have the beginning of the behavior you want (stop barking), you can add a voice command like, “thank you, that’s enough!”

As tempting as it is to shout across the house to shock your dog into submission, this really isn’t a long-term strategy, says Dr. Osborne. For her, yelling is just providing reinforcement, even though it’s not positive reinforcement. Essentially, pets, like children, want our attention. Shouting delivers that attention (and just further ramps up the situation).

Any dog can bite. Labbe says that every dog he’s ever been truly threatened by has had an owner who has sworn Fluffy has never bitten anyone. Hagen agrees that if your dog isn’t super keen on delivery folks, removing your dog from that situation is the best idea. Maybe that means getting your packages delivered to an Amazon locker or getting a P.O. box. Perhaps it means keeping your dog in a crate during peak delivery hours.

Dr. Carol Osborne is an author and world-renowned integrative veterinarian of twenty plus years. After graduating from the Ohio State College of Veterinary Medicine, Dr. Carol completed a prestigious internship at the Columbus Zoo. Shortly afterward, she launched a very successful private practice and became the founder and director of the non-profit organization, the American Pet Institute. Dr. Carol offers traditional veterinary care for dogs and cats with a softer, natural touch. Her approach highlights the importance of nutrition and utilizing holistic avenues in combination with traditional treatments. Currently, she offers holistic therapies and traditional veterinary medical care for dogs and cats at the Chagrin Falls Pet Clinic in Chagrin Falls, Ohio. Call our Office Today at (866) 372-2765 or complete this Form to Email our Office.

Please Note: This article first appeared on Southern Living and was written by A.C. Shilton. You can read the full article here.

New Year’s Tips to Get Pets & their People into Tip Top Shape
January 1, 2021

Dr. Carol Gives Some Tips on Caring for Your Pet in Cold Weather
December 27, 2020

What Dogs Want You to Know About Their Communication Style, According to 2 Vets
November 13, 2020