How Do I Introduce My Pets to My New Baby? 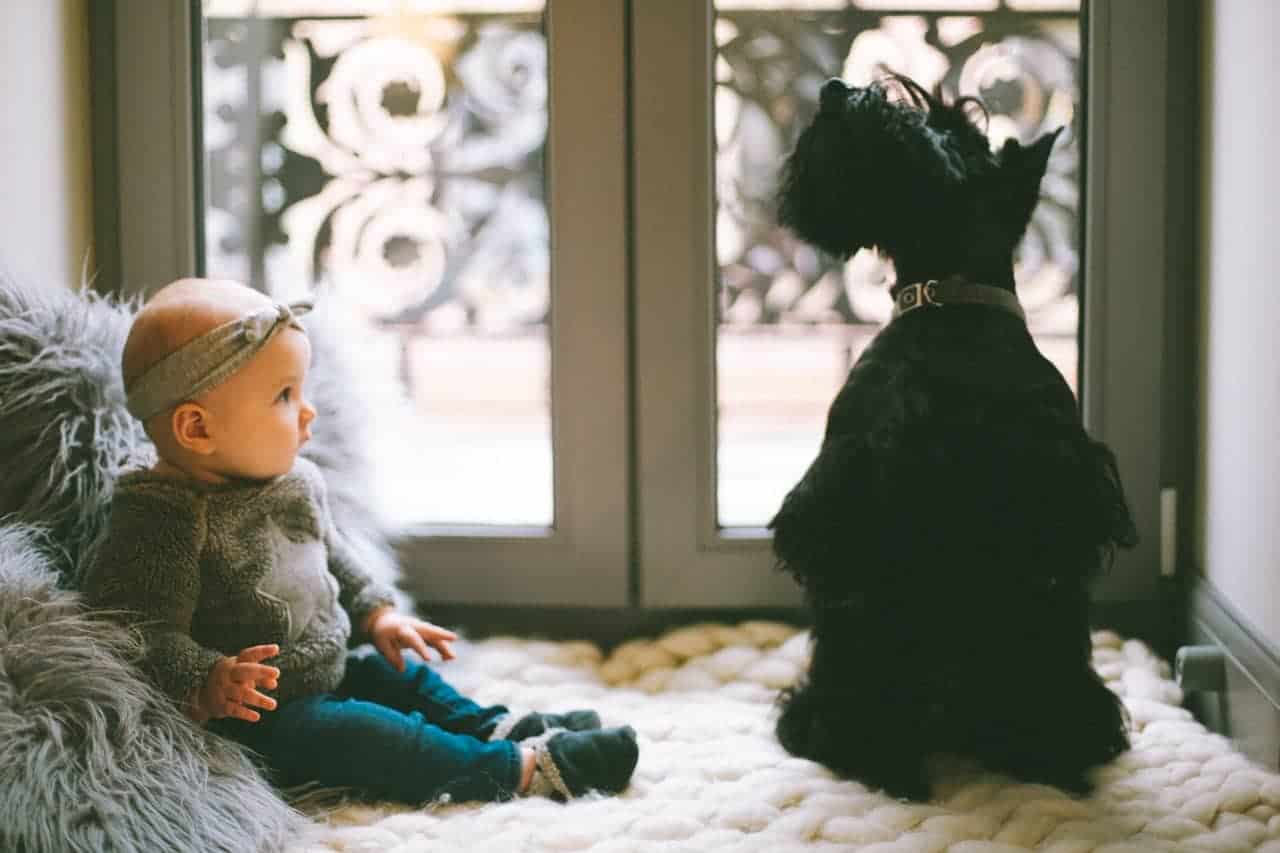 Start getting yourself and your pets ready as early as possible — but also trust that it will all work out in the end.

It’s the ultimate dilemma for pet parents who become human parents: How do I show my dog or cat I still love them once I have a baby? How do I ensure my pet doesn’t hate my child?

The introductory period might not be easy at first, says Dr. Carol Osborne of Chagrin Falls Veterinary Center in Ohio, but it’s manageable, and in her experience, always ends well.

“I’ve never seen a situation where it hasn’t worked out,” she says.

So what can you do to make sure everyone coexists peacefully? “Be prepared, do your homework, don’t force introductions and never leave your pet alone in a room with your baby, no matter how good or well-trained you think he or she may be,” Dr. Osborne says. Here, she breaks it down.

Start preparing your pets for baby as soon as you find out you’re pregnant.

“Expecting a new baby can change a lot of things in your home, including your pet’s behavior,” Dr. Osborne says. “Because their position in your family is going to change, you don’t want them to blame the baby for the changes occurring.”

The Path to Power Players

Before they were success stories, they were starting out. See how the surprising paths they followed made these women the successes they are today.

Dr. Osborne suggests tweaking your pet’s environment in small ways from basically the moment you find out you’re expecting.

“If certain areas of your home are going to be off limits, like the nursery, you want to establish those boundaries now,” she explains. “Get a crib set up, set up the nursery and desensitize your pet to the sound of a baby in there. Get a tape recording and stick it in the baby’s crib so the sound of a baby crying becomes familiar and routine.”

“I think it’s good to allow the pet to sniff the furniture and become acquainted with it,” she adds.

To acclimate your pet to the smells of a baby, put some baby lotion or oil on your hands, and “make nice” with your pet so they associate the scents with positive vibes. Once baby arrives, see if you can take an extra receiving blanket or piece of infant wear home from the hospital first, and place it in a quiet area where your pet can “investigate” it, Dr. Osborne says.

“With pets, it’s important to remember everything starts with the nose,” she says. “Scents are a very big deal to them.”

There are differences in preparing cats and dogs for baby.

“Some cats tend to be a little less forgiving,” Dr. Osborne says. “If the cat’s litter box room is becoming the baby’s room, start moving the litter 3- to 6-in. per day to its new location so you’re not getting the cat riled up, but adjusting him to wherever the new box placement will be.”

And a word of warning to cat moms who are expecting babies: cats can carry a parasite called toxoplasmosis in their feces, and it’s incredibly dangerous to pregnant women. “Get Dad to take care of the litter box,” Dr. Osborne cautions.

For dogs, toy confusion can be a big deal since baby and dog toys often look alike. “You want to teach your dog to differentiate,” Dr. Osborne says. She suggests putting a dab of Listerine on the baby’s toys, tossing one dog toy and one scented baby toy at the dog, then have them figure out which one is theirs. “If you play that game once a week, most dogs will know exactly whose toys are whose in about a month,” she says.

Figure out who will be devoting time to your pet before the baby arrives.

“Mom is probably going to be busy with the baby, so decide in advance who is feeding the dog, taking him outside to play, giving him the love and attention he requires,” Dr. Osborne says. “In an ideal world it’s great to split up those responsibilities at the beginning of a pregnancy so everybody knows what’s what with these tasks.”

With dogs especially, she says, “they feel forgotten, and that’s when they start peeing and pooping around the house or doing things you wouldn’t hope for. The cat might jump in the baby’s crib and urinate. They do these things for a reason — namely because they aren’t happy with how things are going at home.”

If Mom is nursing and constantly busy with the baby, it’s appropriate to put the other parent in charge of pet care. “Make sure there is enough time in the day to be sure no one is feeling left out.”

If your pet isn’t getting along with your baby, don’t give up.

“You have to remember that you need lots of time, lots of love and lots of patience,” Dr. Osborne says.

If you’re overly concerned about your pet’s behavior around your baby, consider hiring a professional trainer to come to your house and assess the situation. “But I really doubt that going to that extreme is necessary in the vast majority of cases,” Dr. Osborne says. “Everybody learns to adjust, you just need to let it happen gradually.”

Don’t leave your pet and child alone together until your child is school-aged.

“The fact is, a baby is a baby, and dogs and cats work by instinct,” Dr. Osborne says. “It only takes a second to have a problem. The animal can get frightened for one of a million reasons — babies move their arms and legs erratically, they make loud noises, they might accidentally poke your pet in the nose or eyes. It can be scary to a pet, and in that situation your infant is helpless.”

She suggests putting up a baby gate, if needed, to keep your pets out of your baby’s room. “The baby can’t help itself but you can take charge of your pet,” she shares, adding that behaviorists don’t suggest leaving kids and babies alone until children are at least 5 years old, if not older.

Once your child gets older, teach them to be gentle with pets.

“Little kids might poke them in the eyes or pull their tails,” Dr. Osborne says. “In this case you’ll need to work with the pet and the child so that they learn not to do those things.”

One suggestion is to use a stuffed animal to show your child how to pet an animal properly, and which body parts you can’t touch.

“I know some people think their dogs are small people but unfortunately, they’re dogs,” she says. “We humanize them and some really are wonderful and fabulously trained, but some don’t tolerate kids’ behaviors.”

To those who might feel overwhelmed, Dr. Osborne says to focus on the payoff.

“Honestly, initially, most pets will look at babies with complete indifference and move on. And in my experience as a vet, I find that kids who start life out with a pet have a very best friend from day one. It’s amazing. The sooner you are prepared will make everything that much better.”