7 Ways Your Dog Shows You He Cares 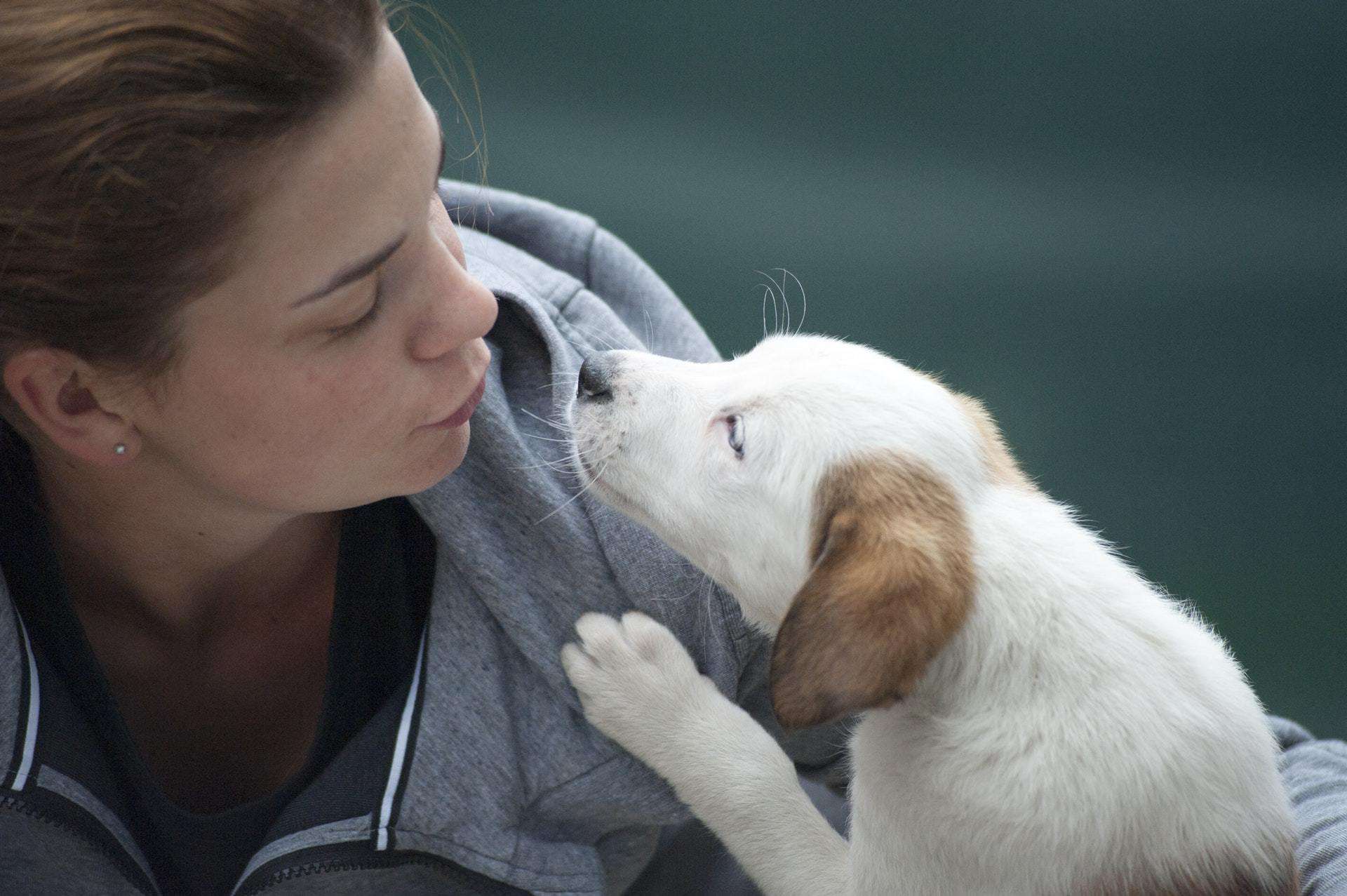 Here are 7 Ways Your Dog Shows You He Cares. Chances are you constantly tell your dog you love him and what a good boy he is – but have you ever wondered how he shows us that he feels the same way? Your canine friend has his own way of sharing his feelings, and it’s all about body language.

If you’ve ever wondered why dogs like to lick people, here’s the simple answer: licking is a sign your dog considers you someone special.

“Dogs may lick us for a variety of reasons: out of habit, to gain attention or because they enjoy the taste of our salty skin,” says Linda Campbell, a registered veterinary technician and veterinary technician specialist in behavior at the Humane Society of Missouri. “In some instances, it can be a way for dogs to relieve stress or anxiety; licking results in the release of endorphins, those feel-good chemicals affiliated with pleasure and comfort. When we respond with positive attention, the dog will want to repeat the behavior.”

In other words, if you often give your dog belly rubs, head scratches or, better yet, a treat to chew on after he licks you, it’s no wonder he associates licking with positive things.

“Most canines understand that kisses when their humans come home mean, food, play time and treats,” says integrative veterinarian Carol Osborne. “In general, when your canine licks your face it’s a form of a greeting, much like saying hello.”

He Has a Loose, Happy Tail

A tail wag is perhaps one of the most misunderstood expressions in the canine world. “Tail wagging can be a good indication of how the dog is feeling, however, it does not always indicate that the dog is happy,” says canine professional dog trainer Marissa Martino.

When looking at your dog’s tail, Martino says pet owners should pay attention to where it’s being held—high, middle or tucked—and how fast, tight or loose it’s moving.

“If the tail is moving from side to side, loosely at spine level, and the rest of the dog’s body is relaxed, then you know the dog is in a happy state of mind,” Martino, who is certified in positive reinforcement, says.

He Leans on You

Ever had a massive dog lean right against you? In the dog world, this is often a sign of affection and reassurance.

“Dogs lean on people as a way to keep in close physical contact with their person,” says Campbell. “A fearful or shy dog may also lean, but their body posture is different than a dog demonstrating affection.”

In fact, Osborne says that dogs often lean on people because they like the contact and want affection. “If your best friend is slobbering and leaning, it’s pretty safe to assume they missed you and are looking for love,” she adds.

He Snuggles with You

Whether he does it on the couch while watching a movie with you or in bed when you’re ready to turn in, cuddling is a stress reliever for both you and your dog. “It signifies affection, provides warmth and can play an important part in bonding,” Campbell says.

In fact, Osborne says dogs snuggle for a variety of reasons. “Dogs snuggle for warmth and comfort, which is an instinctive behavior inherited from their wolf progenitors,” she says. “Plus, the act of snuggling itself releases endorphins, which make your dog feel good.”

He Nudges You with His Nose

Sure, your dog might nudge you if his ball rolled under the sofa and he’s in need of some help, but nose nudges are very often a sign of affection.

“Dogs absolutely use nudges to communicate, and one of those messages can be ‘I like you,’” says Osborne. “Nudges can also mean ‘I miss you,’ or ‘pet me’ or ‘let’s walk this way,’ so learning to read your canine’s body language will come in handy to interpret exactly what they’re telling you.”

He Jumps on You

Dogs learn to jump up when they are puppies as a form of greeting, Osborne says.

“When your dog jumps up on you, they are saying hello,” Osborne says. “Puppies like to jump up and touch noses with their parents and continue this behavior throughout life unless they are taught otherwise.”

While jumping is a way for your dog to say “I missed you,” the behavior isn’t always a good thing. According to Martino, the way to change jumpy behavior is to teach your dog an alternative behavior that is incompatible with jumping up, such as sitting, standing or lying down. “Then train this behavior in a variety of situations and settings so the dog can generalize this behavior to many different people,” Martino says.

He Gazes at You

Just like people, a dog shows emotion with its face, says Campbell.

“An affectionate dog has an open, relaxed mouth and may even have a lolling tongue, almost like a smile,” she says. “His eyes will be soft and round with almost no blinking and his ears will be relaxed. There is nothing better than the look you receive from an adoring dog.”

Dogs have many ways of showing love, and while some canines are more open to hugs and kisses while others prefer a quiet snuggle, you can always tell by their faces that they love your company.