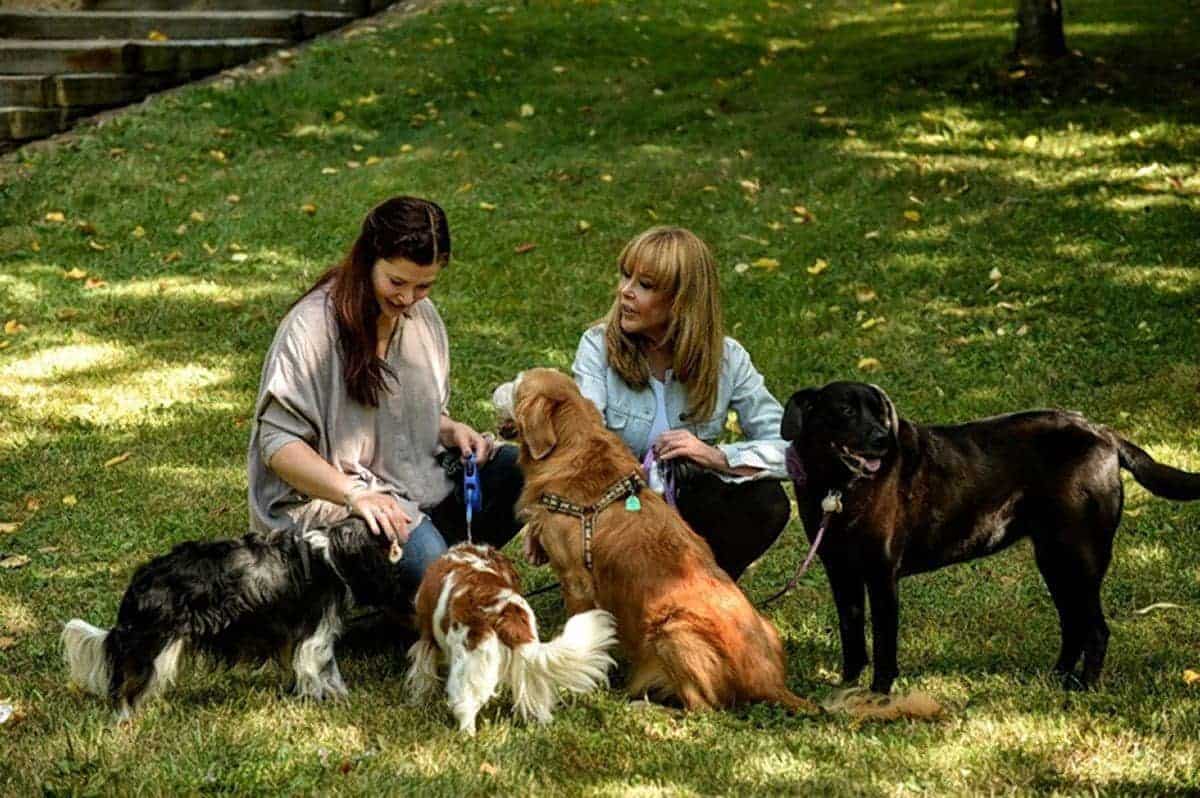 As Seen on New York Daily News: These dogs aren’t rolling over for cancer — and they’re certainly not playing dead. An Ohio vet is conducting a clinical immunotherapy trial for canines with advanced cancer, which is giving some terminal pups a new leash on life.

Barbara Erdelack was devastated when her 11-year-old golden retriever Sophie developed a large tumor on her right shoulder Memorial Day weekend. “I couldn’t put her down,” she said, “but I also didn’t want to put her through weeks of chemotherapy or radiation.”

She was referred to Dr. Carol Osborne, who’s running the breakthrough medical trial for canines — and who happens to operate out of Erdelack’s Chagrin Falls hometown. And after several few weeks of the experimental therapy, which triggers the body’s own immune system to fight cancer, Sophie is in remission — and bright-eyed and bushy-tailed once more.

“It’s amazing,” Erdelack said. “She races past me when we do a quick jog in the morning. I’ve got my dog back.”

ancer is the leading cause of death in canines, with nearly six million dogs dying from cancer each year. Many pet owners typically pay thousands to treat their four-legged friends through some combination of surgery, chemotherapy, and radiation with limited success. But this new, free immunotherapy trial could be a key to stopping canine cancer in its tracks — and it’s being touted as the future for human cancer treatment, too.

“This is the path to a cancer cure moving forward, for pets and for people,” said Dr. Osborne, whose “Synchronization of Immunotherapy” study began in April and runs through December.

She’s working with the Biotempus Limited research team in Australia, which discovered that dogs’ immune systems run in cycles. So she takes bloodwork from the furry cancer fighters daily for a few weeks to determine the exact day and time their immunity will be strongest. Then the pup swallows a chemo pill at the moment it peaks, which makes the meds more effective in triggering the immune system to fight cancer.

And in some cases, she is bringing dogs back from the brink of death — such as Poo Bear, a 6 1/2-year-old St. Bernard who had a tumor in his right hind leg. “That dog should not be with us any longer,” noted Dr. Osborne. But the tumor has shrunk two inches after treatment, and Poo Bear can walk on his hind leg again.

While similar to immunotherapy trials in humans, the treatment isn’t a miracle for everyone. “We’ve lost some dogs,” admitted Dr. Osborne. “And there’s still no way to know why some dogs respond, and another dog who has pretty much the same kind of cancer doesn’t respond at all.”

Still, it’s a more humane way to treat cancer says Carla Woodcock, 77, who spent months battling breast cancer through chemo this year. So learning her beloved 12-year-old Tibetan terrier, Farley, had late-stage liver cancer was rough. “I just looked at him and said, ‘I won’t make you go through what I’ve been through,’,” she said.

But she and her husband Tom Donelan brought Farley to Dr. Osborne’s trial — and after three rounds of immunotherapy, Farley seems to be in remission. And so is Woodcock!

“Right now we’re both cancer free,” she said. Best of all, Farley never got sick from his treatment. There’s hope that this medical trial for man’s best friend could help sniff out a cure for man himself someday. The FDA accelerated approving a lymphoma drug called ibrutinib for humans in 2013 after its success in canine trials.