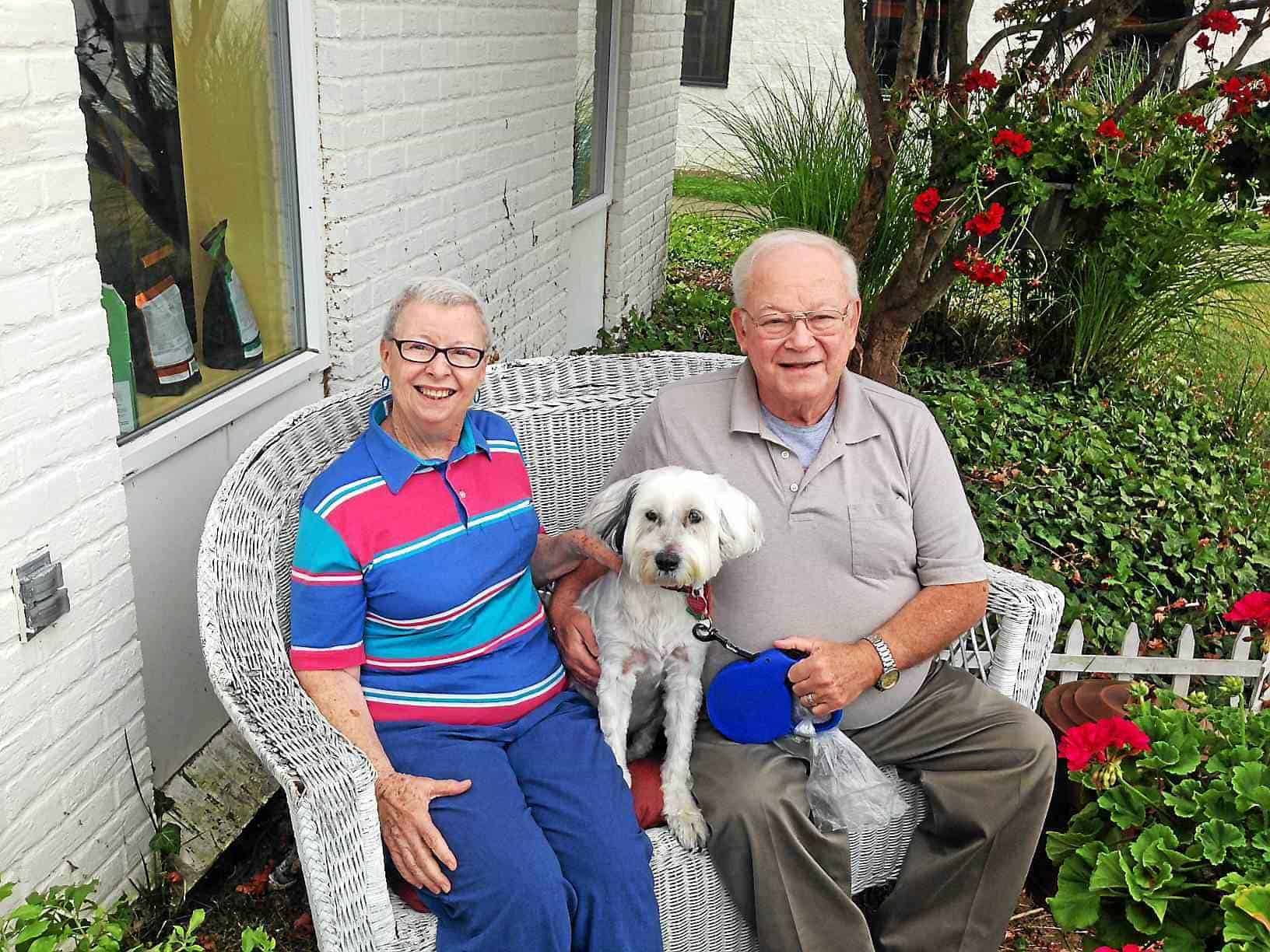 In addition to being an ideal companion, Farley, a 12-year-old Tibetan Terrier, has truly been an inspiration to his owners Tom Donelan and Carla Woodcock of Mentor. “I started out with cancer and that was a big enough blow for us, then we found out the Farley had it too,” Woodcock said. Donelan said Farley was lethargic, his stomach was distended and his colitis worsened.

“We took him to his regular vet in Mentor and he got an x-ray to make sure there wasn’t any blockage and they found a tumor on his liver and spine,” he said. Woodcock was diagnosed with breast cancer and underwent a mastectomy in October. Since the surgery, she has received chemotherapy and radiation therapy.

“With chemotherapy you get really sick and I did not want that for him,” she said. “What I’ve seen others put their animals through for cancer treatment,I just can’t do that. It’s very costly, the dogs get very sick and they usually don’t make it.” After hearing about a unique canine cancer research trial at the Chagrin Falls Pet Clinic, the pair decided to give it a try.

Veterinarian Carol Osborne said it is an immunotherapy canine cancer trial that started in Australia with a company called Biotempus.

“Veterinary researchers about three years ago discovered that dogs’ immune systems cycle or oscillate at a certain frequency of days,” Osborne said. “Their proposal for this cancer trial is if they could pinpoint the exact day and time when the dog’s immune system is peaking or working at its optimal level. Then by giving one oral dose of a chemotherapy drug, when timed specifically, would enable the dog’s body to eliminate the cancer cells naturally.”

The dogs that participate in the trial receive daily blood draws from one to two weeks; the blood is analyzed for c-reactive protein; the results are put on the Biotempus website and they have special instrumentation whereby they are able to determine this algorithm of the dog’s immune cycle so they send a report that indicates when to administer the chemotherapy, she explained.

Donelan added that Farley has also been placed on a special high protein diet. “He has gained weight, he was getting jaundice in his gums and they are pink now and he is far more active,” he said.

Osborne is pleased with the results.

“The beauty in this is that these dogs have no adverse effect in any way shape or form — they don’t get sick, they don’t vomit, they don’t get diarrhea and they don’t lose their hair,” she said. “We’ve done about 62 dogs and out of the 62 dogs we’ve had only two reports that the dog was lethargic on the day that it was given the tablet. Even if we don’t have a permanent cure, what we do have is a handful of dogs that are absolutely going in remission for “x” period of time during which they have quality of life, love from their owner and the owner that gets to share that much more time with the pet in a happy way.”

This research may be a breakthrough in cancer treatment for both dogs and humans.

“It’s a way to try to work together to fight cancer and try to get rid of it for people and for a man’s best friend,” Osborne said. “Right now in the United States, there is a handful of Mayo Clinics doing this exact same trial for people.”

Although not every dog is a raging success story, one or two dogs can translate into thousands of people being helped as well as many more dogs afflicted in the same manner, she said.

Woodcock said this entire experience has definitely given her hope.

“When we first came, Carol gave him like six weeks to live and here we are months later,” she said.