Does Your Dog Have a Snoring Problem? 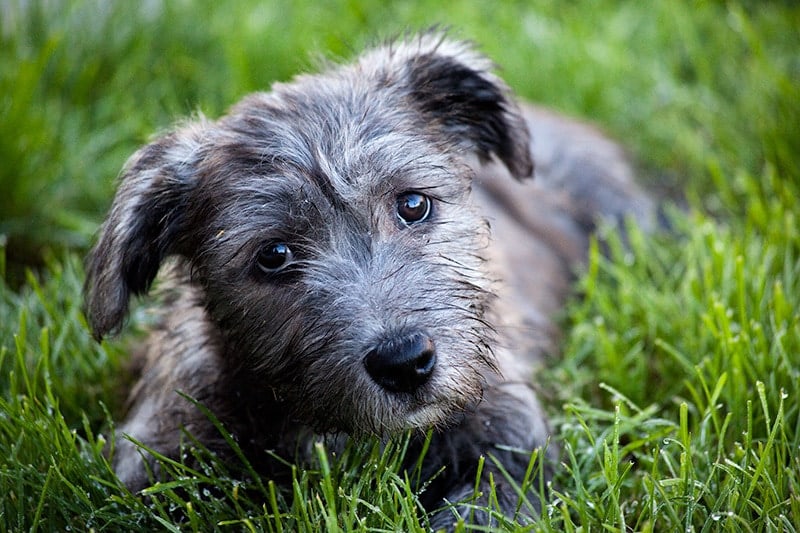 Dr. Carol Osborne was recently interviewed for an article on snoring by Geoff Williams from PetMD. In the article Dr. Carol talked about the causes of snoring and the things to watch out for. Here is that article. Sleeping in a bed with a dog isn’t for everyone. It can be soothing to have that big lug of a Lab pressed up against you, but you may well be sleeping with a dog that likes to hog the blankets or fill up most of the available space on the mattress. And, of course, you may have a dog that snores. Loudly.

It’s that last part that may trouble you the most. Humans who snore loudly are often candidates for sleep apnea, a disorder in which you stop breathing briefly while you’re out cold. As you can imagine, it’s a serious medical condition for humans, and so you may well wonder if your dog’s loud snoring might be a sign of a health problem.

Although your dog’s snoring may be perfectly normal, as it turns out, you are right to be concerned. So if you’re wondering whether to take your snorer in to see the vet, here are some things you’ll want to know.

Some Dog Breeds Are Predisposed to Snoring

Do you have an English bulldog, Shih Tzu, or Pug? These breeds are brachycephalic, which means that your dog has a broad, short skull with a short snout; i.e., a short breathing passage. It also means you’re probably the pet parent of a snorer.

“As we breed dogs to have shorter snouts, the soft palette in the back of their throat doesn’t change, and that can be a problem,” says Dr. Jeff Werber, a veterinarian who has a private clinic in Los Angeles and has become known for taking care of the pets of some of Hollywood’s biggest stars, including Eva Longoria, Magic Johnson, and two of the Jonas brothers (Kevin and Nick).

Dr. Werber says that a lot of factors can go into your dog’s snoring, especially when they’re a breed with a smaller snout. How your dog’s body is positioned when sleeping, the shape of the dog’s neck and the length of its nose are all factors that can influence a dog’s breathing. “It can all contribute to the snoring,” Dr. Werber says.

None of this means that if you have, say, a Boston terrier, that you automatically need to take your dog into the vet to have his snoring checked out, and it doesn’t mean that if you have a different type of breed, like a collie or greyhound, you’re off the hook. Still, with the smaller breeds, you do want to be on the lookout for potential issues.

DR. Werber has five dogs (and six cats), and two of those dogs are French bulldogs. He says that he knew from the moment he got them that he was doomed to listen to some interesting sounds. When they get too loud, Dr. Werber says that he’ll often change his dogs’ positions in order to get the snoring to stop. Some pet experts even suggest getting a humidifier, which increases the moisture in the air and can help dogs (and humans) to sleep better.

What Causes a Dog to Snore? It All Comes Down to Breathing

Just like with humans, snoring in dogs generally, occurs when air movement is restricted in the nasal passageways or throat.

Some of what can cause dogs to snore may simply be that they like to sleep on their back, so their tongue ends up partially blocking some of the air movement in their passageways. Or your dog might be allergic to dust or second-hand smoke, each of which can lead to snoring.

There are also serious health issues to consider, like an abscessed tooth that makes its way into the nasal sinus passages, or even sleep apnea. Both conditions can, of course, require surgery.

That said, a sleep apnea diagnosis for a dog is extremely rare, says Dr. Carol Osborne, who owns the Chagrin Falls Veterinary Center & Pet Clinic in Chagrin Falls, Ohio. Dr. Osborne adds that snoring is quite often an indicator that a dog has hypothyroidism, which is when the thyroid gland doesn’t make enough of the hormone that controls metabolism. It’s a fairly inexpensive health fix, although it does require keeping your dog on medication for the rest of its life.

Diagnosing hypothyroidism “involves the vet taking a little blood sample and sending it to the lab, and if the thyroid levels are low, then we simply give your dog some medication—a little tablet—and the problem goes away almost immediately,” Dr. Osborne says.

Another Cause for Snoring in Dogs: Excess Weight

Dr. Osborne says that one of her patients is a Pomeranian who should weight nine pounds but weighs 17 pounds

“You have to be careful telling someone their pet is overweight. It’s a great way to lose a client,” Dr. Osborne says.

But she did tell her client, and they are working together to bring down the Pomeranian’s weight. When a dog is overweight to morbidly obese, extra fat can also collect in the throat, which blocks the airways and causes snoring.

Signs You Should Get Your Dog’s Snoring Checked Out

“If your dog has never snored but all of a sudden is snoring, that should be investigated,” Dr. Werber says.

“We would want to know if there’s a problem with his nose, like a severe infection. Are we looking at something in the back of their throat? But if your dog has always snored, and he’s otherwise happy and playful and active, and the snoring is only at night, then don’t worry about it.”

In other words, rest easy.

Actually, that may be a poor choice of words. If your dog is snoring loudly throughout the night, you may be getting anything but rest. So what’s the solution?

This Article first appears on PetMD. Written by Geoff Williams