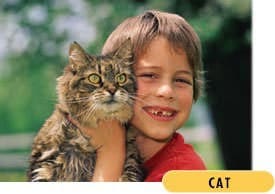 Results arrived this week revealing toxic zinc levels in an unopened bag of Nutro Max Cat Adult Roasted Chicken Flavor food. The Nutro cat food bag stated it was best if used by June 7, 2010. The zinc levels were deadly coming in at 2100 parts per million. A cat eating this food would receive over 38 times the amount of zinc recommended by the National Research Council, or 175 mg of zinc a day. A 9 pound cat would ingest a lethal dose of this food in just over 2 days. Chances of any cat surviving after eating this food would be very unlikely. Signs of Zinc toxicity are similar to those of pancreatitis with severe episodes of vomiting and diarrhea. If the cats survived long enough liver and kidney damage could be possible consequences as well.

The receipt for the purchase of this food showed that it was purchased 1 day AFTER the Nutro Cat Food recall was announced. Apparently Nutro had not yet informed the retail store of the problem. Nutro didn’t seem to be overly concerned. Pfpsa.org is glad to work with clients and law firm’s interested in pursuing a class action against Nutro Pet Products.

Most of us remember the deadly pet food recalls of 2007. What few people realize, is that AAFCO aggressively lobbied for allowing non-protein nitrogen in pet food and was able to slip this allowance past numerous state legislatures, including Washington State. By AAFCO standards, melamine and cyanuric acid in pet food was nothing more than a labeling violation. AAFCO sees nothing wrong with including those substances in pet food at up to 1.25%. Using cyanuric acid, for example, by AAFCO standards, would allow 5,875 ppm cyanuric acid content in pet food, provided the label included a decidedly deceptive disclaimer of “This includes not more than 1.25% equivalent crude protein, which is not nutritionally available as protein”. What is the real value of the pet food safety guidelines offered by AAFCO? If pet owners purchase pet foods and products that comply with AFFCO guidelines, how would they impact the health of their pets? In one study, as little as 30 mg/kg day of cyanuric acid destroyed the kidneys of lab animals in just six months.

After denying the fact that Nutro cat food products contained unsafe levels of zinc, for 9 months, Nutro finally announced a massive recall of dry cat food on May 22, 2009, according to reports from Consumer Affairs. The food was originally made in December 2008, therefore cats were exposed to toxic levels of zinc for about 6 months before the recall was even announced. In spite of Nutro’s public statements of enhanced product testing and quality control, if Nutro actually had quality control in place, testing the ingredients before putting them into production would have cost them less than $40.00.

The current Nutro Cat Food recall is based on excessive levels of zinc, and low levels of potassium. The fact that potassium has to be supplemented at all indicates a very substandard quality for their cat food. Cats are carnivores or meat eaters, as opposed to man and dogs whom are omnivores or eat diets made up of meat and vegetables. Since cats are obligate carnivores or meat eaters, this means that meat protein is the only food source their bodies are able to use as food. Meat is naturally very high in potassium. Therefore the fact that Nutro’s cat food needs to be supplemented with potassium means it has very little meat in it at all.

It seems that, a pet food company could formulate a product to comply with AAFCO guidelines, and actually produce a product that would be deadly to pets within days to weeks. Products made that follow National Research Council (NRC) minimums, may be more efficacious and offer a level of safety. NRC does hard research, as opposed to AAFCO, which functions more as an industry lobbyist, and apparently does no original research, if any themselves. AAFCO allows a maximum of 2,000 parts per million of zinc in cat food. The median lethal dose (LD50) for zinc is 100 milligrams per kilogram of body weight. For a 9 pound cat, this would translate to 400 milligrams of zinc being lethal to half the cats exposed to it in a single feeding.

After Nutro received over 800 complaints about problems with their dry dog food, they denied claims about excess zinc levels and said that the zinc levels in their dog food met AAFCO standards. One must question the lack of integrity and quality control!

Commercial pet food today unfortunately lacks sufficient FDA oversight and quality control. Substandard quality ingredients, toxins and the unbelievable lack of regulation in commercial pet foods is real. According to pfpsa.org Mars and Nutro pet foods are “among the worst of the worst. This is a company, that by its own actions, has clearly demonstrated it simply does not care if your pet lives or dies as long as it can make a quick buck, while being totally unaccountable to those they harm with their deadly products”.

September 19, 2008: Pet Food Products Safety Alliance response to recent statements made by Nutro. August 14, 2008: Lab results for Nutro Natural Choice Chicken Meal, Rice and Oatmeal Formula, and Nutro Max Puppy. The folks at Pfpsa.org bought and tested various Nutro dry dog food samples because of numerous pet owner complaints. They sent samples to the Washington Animal Disease Diagnostic Lab and to the Analytical Sciences Laboratory, University of Idaho, to be tested for a variety of minerals, toxins and metals. By AAFCO guidelines, the levels on many ingredients were not compliant, copper and zinc were way above guidelines. For example copper levels were 2-3 times above AAFCO recommendations.

Lets look at Zinc. AAFCO recommends zinc in dog food, on a dry matter basis, at a level of 120 ppm (mg/kg), with a maximum acceptable level of 1,000 ppm. This AAFCO recommendation was 10 times higher than that for humans. Perhaps AAFCO dropped a decimal point?

The Zinc levels detected in the Nutro dry dog food were over 4 times above AAFCO guidelines or about 40 times the amount of zinc recommended for people. Who knows how many dogs eating Nutro developed what appeared to be “pancreatitis” with severe episides of vomiting and diarrhea, only to die later from undetected zinc toxicity is not known. How many pet owners lost their beloved companions and watched them suffer needlessly while spending thousands of their hard earned dollars at the vet is also not known.

Last July Nutro Max Cat Gourmet Classics “California Chicken Supreme Dinner” Lot JUN 21 09, Lot SEP 05 09, and Lot MAY 16 09 tested postive for cyanuric acid. This pet food was made before the March 2007 recall. Evidence suggests that Chinese gluten was not the only agent responsible for the needless death of over 250,000 pets. Apparently several pet food companies were spiking pet food with cyanuric acid to artificially inflate the protein levels.

In February of 2008, test results came back for Evangers pheasant and brown rice, best by Oct. 17, 2009, code #001. Copper levels were approximately twice the recommended level for dogs. Copper is a necessary element, but excess levels can be toxic.

Hill’s Science Diet Adult Dry Cat Food, best before 02/09, tested positive for cyanuric acid and melamine. This food is believed to have been manufactured in July 2007, purchased in October 2007, and apparently caused the death of a cat shortly after it was purchased.