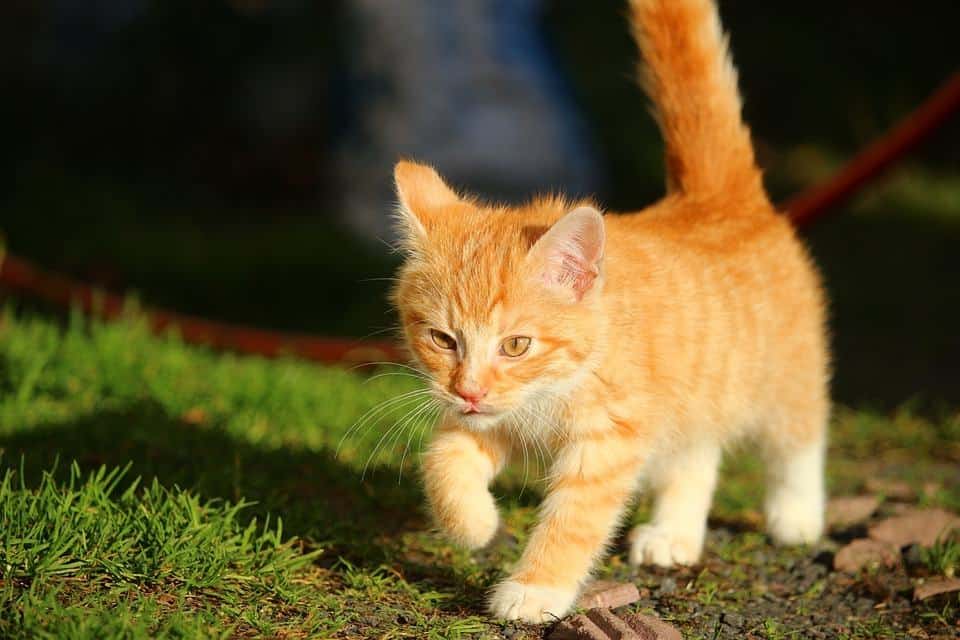 Thyroid Disease in Cats. There have recently been reports in the media linking exposure to flame retardants and Thyroid Disease in cats. Specifically, they have been associated with Hyperthyroidism, a disease in which the thyroid gland overproduces thyroid hormone, affecting many of the cat’s body systems, such as digestion and immune function. Hyperthyroidism occurs in older cats with benign tumors or nodules on their thyroid glands. These cats have voracious appetites yet, lose weight to the point of becoming emaciated. They also develop scruffy, poor hair coats, and often suffer with vomiting and/or diarrhea. There has been an increase in the number of cases of feline hyperthyroidism diagnosed over the last thirty years. Veterinary experts have been unable to pinpoint the reason for this increase but cats that live indoors and eat canned cat food are at higher risk for developing hyperthyroidism.

Recently, a study by the Environmental protection Agency looked at fire retardant chemicals that were introduced within the same time frame as the increase in hyperthyroidism in cats. The chemicals suspected of being involved are called PBDE’s, which are polybrominated diphenyl ethers). They are very widely used in computers and electronics, as well as in foam pads that make up furniture. There are three types of PBDE’s; Penta, Octa, and Deca. Only Deca continues to be produced and used worldwide. Penta and Octa were banned in Europe and California, followed by the cessation of their use by the manufacturer.

This was a single, small, preliminary study. PBDE’s were measured in 11 hyperthyroid cats and 12 cats without hyperthyroidism. Although average PBDE levels were higher in the hyperthyroid cats, individual variation within the two groups did not make the findings statistically significant and the data was thus inconclusive. More work remains to be done. The study also looked at the levels of PBDEs in canned cat food to see if there was a potential correlation.

It has been shown that Americans have about ten times the amount of PBDE’s in their blood as do Japanese or Europeans. Some scientists have extrapolated this fact to mean that cats in the US have more PBDE’s than cats elsewhere, but this has not been shown yet.

What do we actually know about this: We know that vets are diagnosing hyperthyroidism much more frequently than in the past. However, diagnostic capabilities are much better now, cats are living longer and more people and veterinarians are doing the blood work necessary for the diagnosis.

To reduce or minimize PBDE exposure for your cat, vacuuming and dusting properly helps remove them from the environment. Make sure your chairs, car seats, etc don’t have exposed foam pads, as the foam is frequently treated with PBDE’s. Recycle and dispose of anything that is treated, or any electronics, responsibly.

This is intriguing news but more studies do need to be done. This disease, like many, is likely complex and these chemicals may only be part of the answer. As always, if you have an older teen aged cat that is losing weight despite eating ravenously or seems to vomit excessively, you should take the cat to your veterinarian and have him or her tested for Thyroid Disease. Routine blood work (every 6-12 months) should be part of the healthcare of any cat older than 8 years old. Sometimes, a follow up blood panel may be needed to confirm the diagnosis of hyperthyroidism. If your cat is diagnosed with hyperthyroidism, the good news is that this disease is manageable through medications. Surgery is also an option for some. Your veterinarian will be able to explain what steps need to be taken.