Pets on Prozac / No longer a Joke 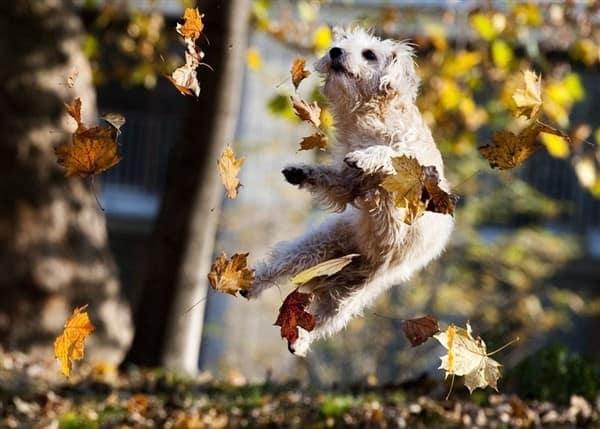 Prozac. Improved Pet Health Care and Pet Diet — and Lots of Love — Help Pets Live Longer. Bailey the Beagle may look cute — but go ahead, try and ring the doorbell. Try just walking by the house. Eileen Nase’s dog would fly into a frenzy, running back and forth to the bay window, barking non-stop, even biting her blinds and ripping them down. Even her husband couldn’t walk into the room without Bailey looking ready to attack. For the Nase family, Bailey the Beagle was quickly becoming Bailey the nightmare.

Penny Angel’s Beagle Rescue referred the Nase’s to a pet trainer. No luck. They went to their veterinarian and were referred to an animal behavior clinic at University of Pennsylvania Veterinary Hospital. They learned a few techniques, but nothing that solved the problem. Eventually, Bailey was prescribed Prozac — a drug commonly used to treat depression and anxiety in humans.

“It’s not even something that I had considered,” said Nase, of Pleasantville. “I didn’t even realize they had animal behavior clinics. I was more curious than anything, but at that point, I was willing to try anything.”

And so began Bailey’s regiment of 10 milligrams of Prozac a day. Eventually, that dosage was increased to 15 milligrams daily.

“It’s been a slow progression,” Nase said. “He will always have this level of anxiety. The medication definitely helped, but the techniques helped as well.”

As more pet owners are investing time and money into pet care, there has been a steady rise in antidepressants prescribed for both dogs and cats. Prozac and other related drugs are given to zoo animals and pets suffering from everything from separation anxiety, to aggression and obsessive-compulsive disorders.

Some animals are on the drugs temporarily. Others, like Bailey, will likely be on Prozac for the rest of their lives.

“Many people don’t realize that pets experience stress just like people do,” said Carol Osborne, an Ohio-based veterinarian and the founder and president of the American Pet Institute.

Stress to a pet, Osborne said, is any change from the norm, such as owners getting ready to travel, guests coming over for the holidays, a new pet, a new baby or moving. In other words, anything that is different from what that pet is used to inside or outside of the home. Still other animals may have suffered abuse or neglect, as Bailey’s owners suspect he did, and have lifelong anxiety issues as a result.

It’s not uncommon to see a stressed dog bark incessantly, tremble or run around the house like a crazed animal — or for an anxious cat to urinate on your favorite chair, Osborne said. “Those are all the ways that pets say, ‘Hey, I’m feeling stressed,'” Osborne said.

It is not clear how many pets are on mood-stabilizing drugs. But according to Ipsos, a marketing research firm, pet owners in the U.S. spend $15 million a year on a variety of medications for behavior management in dogs and cats.

But not everyone is behind treating animals with antidepressants.

“What I’ve seen over 20 years is that in the vet industry, there are more pharmaceuticals to help with certain anxiety related problems with pets,” said Lisa Peterson, spokeswoman for the American Kennel Club, the nation’s largest and only non-profit purebred dog registry. “Ahead of marching off into the world of puppy pharmaceuticals, try other things beforehand. There are some other things owners can do to help their dogs.”

Peterson said that the problem may not always be separation anxiety. The animal could simply be in need of some basic training, socialization or quality time with the owner.

“It may just be a lack of exercise,” Peterson said. “The dog need to exercise more. Get the dog in a great routine where he really looks forward to that 30 minute walk or a game. Dogs thrive on routine.”

“We highly recommend that people go through all of this first,” Peterson said. “They may find that their dog doesn’t need to be on prozac.”

“I have a spray for his mouth, it’s a mix of chamomile and other herbs,” said Tanguay, general manager of Halo House Animal Resort in Franklinville, Gloucester County. “It calms him down. He’s still a little standoffish, but not wanting to hide under a rock.” “I tried Valium, and that would knock him out so he wasn’t very lucid,” Tanguay said. “And I really didn’t want that. He was in such a state of stupor that it wasn’t worth it.”

Herbs didn’t work for Sandy Goldsborough. She and her husband decided to take in Starbuck, the Jack Russell Terrier mix who wandered into their yard in 2003 (his owners were never found). But the Manahawkin couple soon learned that Starbuck had some problems — particularly when they tried to leave the house.

Goldsborough’s veterinarian ended up prescribing Clomacalm, an antidepressant similar to Prozac. The cost? $30 a month. “You can’t write that off either,” Goldsborough said. “As much as you want to consider him a dependent, the IRS doesn’t look at it that way.”

Goldsborough learned pretty quickly that Starbuck’s problem was not unique. “Let’s put it this way — when we got the medication there was a Jack Russell Terrier on the cover of the box,” Goldsborough said.

Starbuck took one 20 milligram pill daily for two years, before he was slowly weaned off. Goldsborough said being on the medication changed Starbuck’s ways for the better. “It definitely helped,” Goldsborough said. “He’s not happy when we leave, but he doesn’t do that anymore. He used to not let us out the door.”

by REGINA SCHAFFER Staff Writer, The Press of Atlantic City